With Racism Everywhere, What makes Youth “Engage Against the Machine?” 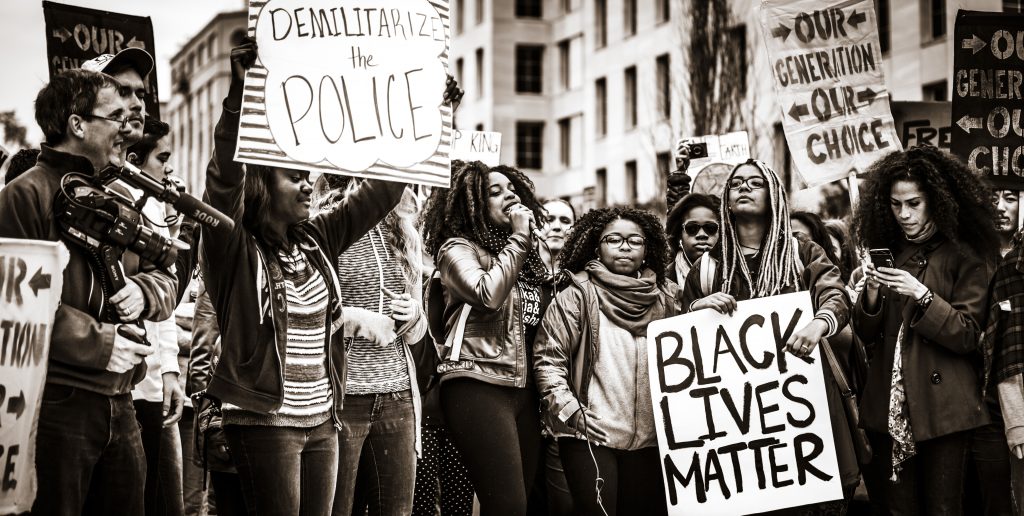 Activism is a crucial part of the democratic process.

Social action can be helpful in combating the exhaustion of daily inequality.

We need to know more about who and how individuals choose to respond to inequality through activism.

Activism and advocacy are important vehicles through which citizens bond with their communities and work towards collective change. Yet many marginalized groups have been legally denied or socially discouraged from political and civil activism. If social action serves as a protective factor against the assaults of individual, institutional, and cultural racism, what does it mean when Black youth choose to engage in activism? Can we predict who will become engaged and why? In Engaged Against the Machine: Institutional and Cultural Racial Discrimination and Racial Identity as Predictors of Activism Orientation among Black Youth, Hope et. al. seeks to clarify these concepts and provide more nuanced understanding about who is active and what forms of activism are most likely.

Activism can be characterized broadly. Although we often associate social action with street-level protests and demonstrations, other forms of activism include engaging with issues on social media, writing letters to the editor of a local paper, contacting a congressperson to inform them of an issue, performing community service, etc. Hope et. al. define activism on a continuum where some actions (e.g. engaging in social media) are more physically safe than other (e.g. politically motivated violence). They further argue that activist pathways for Black youth may be different than for other marginalized groups and that it is important to understand how racial discrimination and sense of racial identity impact whether and how Black youth will respond to injustice.

Individual-level racism is prejudice targeted from one person to another person on the basis of race (e.g. being followed while shopping in a store).

Institutional racism is inequality within the contexts of laws, policies, and institutional practices that lead to unequal outcomes between groups. (e.g. high incarceration rates of Black male youth).

Cultural racism is oppression related to the historical favoring of one group over another; the history of slavery in America and the conflation between race and stereotypes (e.g. the oversexualization of Black women).

The study included 893 self-identified Black youth from 14-29 years old representing most States in the U.S. Youth were identified through Qualtrics Panels for the Race and Politics Study (RAPS). Ethnic backgrounds included youth who identified as Black, multiethnic, African, Afro-Caribbean/West Indian, Afro-Latinx, and other.

A community psychology perspective places value on respect for diversity, empowerment, and social justice. The U.S. is deeply polarized socially and politically. Black youth in this environment experience racism that has very real adverse effects on health and well-being. Our findings suggest that in order to help Black youth advocate for themselves and their communities, we (programs, families, community organizations) need to purposefully engage youth in critical conversations that help them process who they are and the realities of the society that disenfranchises them. By examining racial identity and experiences of racial discrimination, we can provide young people with resources they need to work toward a more just society.

Research and Evaluation: More research is needed on the early experiences of youth and how they conceptualize their identity within various communities and how this identity shapes social action.

Practice: Youth programs can provide ways in which Black youth can process individual, cultural, and institutional racism. Discussions of racial identity and activism should be explicit in these discussions.

Summary and discussion by Ashley Simons-Rudolph. All errors and omissions are the responsibility of this author. Special thanks to Dr. Elan Hope who reviewed this draft. Download a .pdf of this page here.