What is Life Like in an Immigrant Detention Center? 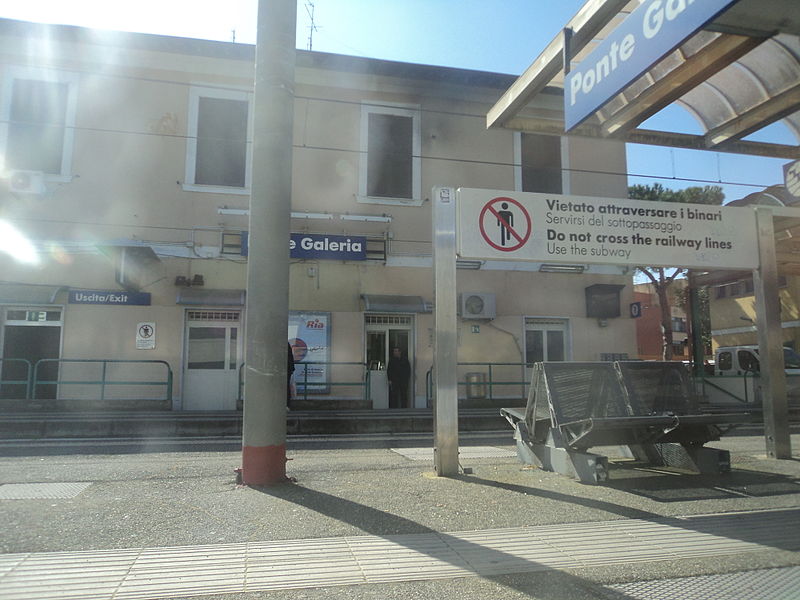 We know little about life inside an migrant detention center due to a lack of access.

Detainees can and do exercise agency and build communities within immigrant detention centers.

The inhumanity of detention has far reaching effects on communities outside of the detention facility.

Detention centers, such as Ponte Galeria perpetuate injustice. In Ecology of Sites of Confinement: Everyday Life in a Detention Center for Illegalized Non‐citizens, Esposito et al. provides an “inside look” into within a large Italian immigrant detention center. Human suffering was immense, particularly among the detained, but also common among detainee’s families, friends, the larger immigrant communities, and the Italian society in general. Yet, detainees found ways in which to claim their humanity, and gain social support within and outside the detention center. Although researchers have studied the migrant experience, most work has been clinically oriented. Unsurprisingly, “solutions” to well-documented psychological and physical health problems common in migrant detention centers have often been clinical and individualistic in nature.

As a field, Community Psychology has much to add to this understanding and Esposito et al. gained access to the largest Italian migrant-related detention center, Ponte Galeria Center, in Rome Italy. Ponte Galeria is a highly regulated environment, not unlike a prison, where detainees lives are hyper-controlled and sanitation is poor. Ponte Galeria is characterized by a lack of privacy and de-individuation (e.g. calling detainees by their numeric identifiers rather than their names). Furthermore, detainees have scarce information about their immigration and asylum cases, and most of them have little understanding of what kind of place they have been taken. Indeed, many of the institutional actors, especially police officers who apprehend migrants, enhance their vulnerability through active acts of confusion. Yet, despite the oppressive environment, migrants living in the facility could and did create a sense of community, while also displaying strategies for coping with and resisting the violence exerted by the detention system.

Esposito et al. assessed how to best study detained migrants using a community psychology perspective. Due to the limited research from the perspective of migrants, largely attributed to the lack of access to populations inside detention centers, this piece is a significant contribution to the field. The team utilized an ethnographic case study emphasizing collaboration, sensitivity to power differentials between the researcher and researched, respect for diversity, and the active promotion of social justice as a goal of the research. The team sought to understand “how power is wielded in everyday life in detention” (p194). The research team included a native Italian-speaking lead researcher and other regional researchers with experience working in marginalized groups. Research was conducted periodically between March 2014 and January 2017 and included 617 hours of participant observation, 88 interviews with detainees, 14 interviews with detainment center staff and external actors (e.g., lawyers and NGO advocates), and an analysis of detention center-related documents and policies.

Justice, is defined as “the fair and equitable distribution of resources and treatment of people.” The injustice of detention for migration-related reasons (i.e., without committing a crime) was a common theme reflected by detainees. The lack of communication with the immigration officials or lawyers about their immigration status led to extreme feelings of isolation, even to self-harm among detainees. Furthermore, in Ponte Galeria’ s opaque and unfathomable environment, where arbitrariness and unaccountability reigned, abuses also proliferated, both on the part of police, but also by those ideally in charge of guaranteeing detainees’  rights, such as lawyers.

“Battling to make sense of their incarceration, detainees also used their bodies as a final battlefield – a means to proclaim the unfairness of their confinement” (p. 204)

Interdependence, is the ways in which “people and their settings are coupled.” The struggle of detainees impacts them individually, others within the center, those working in or with the center, and the greater society. At the individual level, the stress of detainment was associated with increased smoking, fights with staff, and drug use. This experience impacted the physical and psychological health of the detainees. Detainment also impacted the roles in which detainees served in their families (e.g. mother, father) and the stability of the familial networks of those family members not detained. The social, work-related, and community networks were disrupted by the absence and return of the detained. The emotional burden of this stressful environment, of course, impacts those who work with and on behalf of the migrants, placing them at high risk of burnout. A sense of powerlessness and frustration seep from the detention center into immigrant communities.

Cycling Resources, are how resources may be “defined, harnessed, created, distributed, transformed, and recycled” within the detention center. All study participants (detainees and professionals) reported that resources diminished over time and were unfairly distributed. The outsourcing of detention center management to private entities (such as social cooperatives) based on the most economically competitive bid was widely criticized. This outsourcing scheme was indeed understood as a mechanism to simultaneously make detention a profi table business for the private sector and a less expensive obligation for the state, at the expense of detainees.

Because of progressive reductions in the budget for managing Italian detention centers, already poor sanitation declined, as well as the already critical treatment provided to detainees and the resources made available to them (e.g., pocket money voucher). Despite these hardships, participants did note that the squalid conditions raised the attention to NGOs and activists who struggled to make public the “harsh reality of detention.” (p. 200).

Adaptation, is “how individuals cope with challenges, demands, and constraints of their environments.” Esposito et al.’s work shows that despite the overt nature of the oppression and hopelessness of detention, migrants relied on family and friends outside the detention center for emotional support, but most of all on the other detainees. Relationships, which at time became amorous ones, within the Ponte Galeria were a source of emotional support, as well as information and material support (e.g., borrowing cellular phones to call). Not all detainees reached out to others – some opted for isolation in their rooms. Others used legally prescribed and illegal drugs to mentally escape the harsh conditions. Some detainees regained a sense of control and power by displaying resistance to the detention (e.g. hunger strikes, physical altercations with detention staff, etc.)  Even self-harm was used as an act of protest: battling to make sense of their incarceration, detainees used their bodies as a final battlefield, a means to proclaim the unfairness of their confinement for being “ born on the wrong side of the planet.” While the detainees suffered, those working in Ponte Galeria struggled to find meaning in their work and reduce the feelings of powerlessness that characterized their work environments.

Succession, or “how systems and social life change over time” relates to the disjunction that detainees felt. Detainees reported a sense of “not being in sync with others” (p. 202) in the outside world. The long and often unexplained wait times in the detention center could last up to 18 months until November 2014, or 90 days after that (exception made for asylum seekers who, according to Legislative Decree 142/2015, could be detained up to 12 months). Detainees’ sense of “waithood” and suspension was permeated by an ever-present fear of abrupt and disruptive changes to come, such as deportation.

What Does This Mean For ..?

Research and Evaluation-A community-based perspective is needed to understand the impacts of detainment and deportation, not only on the individual, but on the social structures with which that individual is embedded. Community Psychologists should more deeply engage in immigration issues, illuminate migrant detention spaces, and advocate for justice and the abolition of detention.

Practice– Ponte Galeria detainees reported very poor living conditions. Practitioners should be aware that the impacts of detainment stretch far beyond those detained.

Social Action– The is no “good way” to detain migrants. Policy efforts can focus on improving health outcomes, but much of the physical and psychological stress experienced by detainees and the surrounding communities is a result of unpredictable and wanton detainment itself.

Summary and Discussion by A. Simons-Rudolph. All omissions and errors are the responsibility of the author. Special thanks to F. Esposito for her careful review of this text.