Society for Community Research and Action Statement on Police Brutality 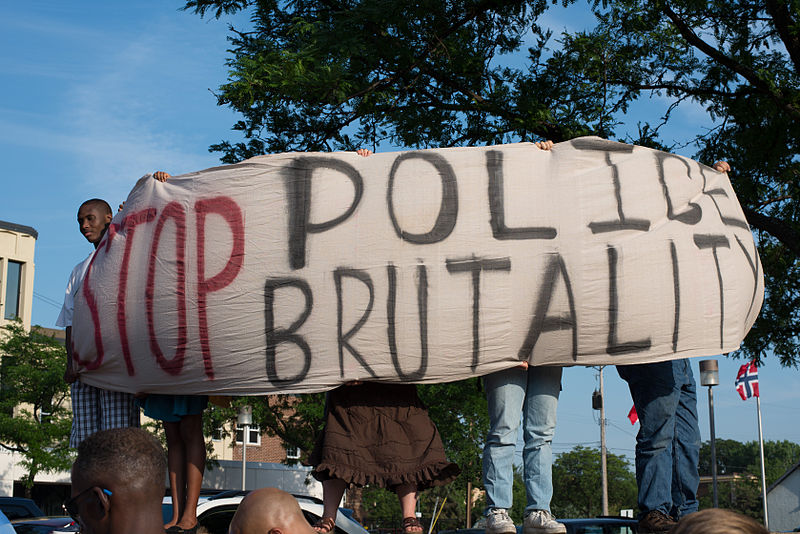 In this statement, we, the Society for Community Research and Action (SCRA), are in solidarity with those calling to move funding out of policing and into systems that facilitate community wellness. For this reason, we take up policing as an institution. A community psychology framework argues for an ecological analysis of the historical and structural context of any institution, including policing. We must therefore begin by examining how settler colonialism, racial capitalism, and white supremacy shape laws, practices, policies, beliefs, mindsets, climates, and role relationships (Darden & Godsay, 2018; Nelson & Prilleltensky, 2010). Black people in the context of chattel slavery were seen as property of white slave-owners, held to maintain white power through their labor and forced subjugation (Kendi, 2017). Policing in the U.S. has origins in “slave patrols” and “Indian patrols,” which were untrained but “deputized” white men (mostly), who controlled and punished people who were enslaved or indigenous (Turner, Giacopassi, & Vandiver, 2008). Slave Codes, Black Codes, Convict Leasing, and Jim Crow laws, among others, criminalized normative human behavior to prescribe disproportionately harsh treatment of Black communities to maintain white property and power (Cochrane et al., 2019).

Oppressive role relationships between police forces and communities of color persist (Syed, Wilson, McKie, Marcotte, & Travers, 2018). For example, police tactics like “stop and frisk” and vehicle stops reflect the systematic and disproportionate targeting of people who are Black and Latinx (Hattery & Smith, 2017). The oppressive power of the police is a public health crisis, as Black youth and adults are more likely to die in police custody. Moreover, their murders are highly unlikely to result in police prosecution or conviction (Carbado, 2016). According to the Centers for Disease Control and Prevention (CDC), for every million people, Black people are killed by law enforcement at a rate of 2.5 times that of White people (Hansen, 2017). Yet these disparities are likely an undercount since no federal database tracks police brutality.

In fact, the entire criminal legal system is but one example of the over-surveillance, criminalization, and dehumanization of Black bodies (Davis, 2003; Hattery & Smith, 2017). For communities of color, especially Black communities, the police are everywhere. This includes the over presence of police, police surveillance, and brutal and disproportionate discipline in Black neighborhoods, communities, and schools (which perpetuates the school to prison pipeline) and sentencing practices and policies that directly target and harm Black people, families, and communities (mass incarceration). It also includes state-sanctioned discriminatory practices in education, employment, and voting, exemplified in the laborious membership processes implemented by the American Psychological Association (APA) for non-students with criminal records.

For transformative change to take place, interventions must significantly alter role relationships; this requires equity in terms of decision-making power and the allocation of resources—material and otherwise—to affirm the humanity and wellbeing of systematically oppressed communities (Buckley & Perkins, 1984; Nelson & Prilleltensky, 2010). Indeed, transformative change will require much more than body cameras, anti-bias training, and firing a “few bad apples;” such reforms are not successful because they do not change power relationships or structures (Harris, 2019; Obasogie, 2020; Vitale, 2017). Furthermore, they end up blaming targeted social groups for their oppression and keep the analysis at the level of the individual rather than the structure. This is why reforms in Chicago, for example, still enabled the torture of hundreds of Black people (Kitchen, 2018).  Even community policing, which was designed to change role relationships between police and communities, has been an insufficient intervention to shift power relations (Williams, 2008; Williams, Peters, & Speer, 2003). What all of these approaches have in common is that they keep institutional racism unexamined and unchanged, reinforcing white supremacy and white privilege.

Community psychology is not exempt from practices leading to racial inequality. We have often constructed interventions designed to change people (hence blaming those targeted by racism) rather than systems, which upholds white supremacy and whiteness, and maintains the status quo. We, the Society for Community Research and Action, are committed to holding ourselves accountable for these injustices and forging a path forward that is unequivocally anti-racist and committed to deconstructing racism and anti-Blackness in our training, theory, research and practice.

Solutions must be rooted in understanding how institutionalized racism, whiteness, and anti-Blackness entrenched within institutions, and reproduced through White supremacy ideologies—implicitly and explicitly—control and shape discourses and practices in the context of policing, and more broadly the criminal legal system. The failure to recognize these entrenchments within systems of policing reinforce conditions that marginalize, demean, and dehumanize the perceptions, views, experiences, lives, and cognitive and emotional reactions of people of color, as this serves to justify inaction on these state-supported acts of violence (Ryan, 1972; Thomas & Zuckerman, 2018; Watts, Williams, & Jagers, 2003). Solutions must also be rooted in equity because all people fare better in societies with fewer economic disparities, and where people’s rights to education, health care, affordable housing, and a living wage are realized (Wilkinson & Pickett, 2010).

With this in mind, we affirm recent discussions and calls to action regarding the divestment of police departments, as budgets are the embodiment of priorities. Disproportionate city expenditures on policing, the militarization of police forces, and police in schools (e.g., New York City, Los Angeles, and Minneapolis; Darby, 2020) restrict funding on education, health care, parks, affordable housing, neighborhood organizations, and other forms of primary prevention. This is especially crucial in Black communities, where public services have never been adequately funded to facilitate wellbeing and thriving , but have instead been largely privatized (Goff, 2020).

As community psychologists, we know there is no “one size fits all” approach, but we do know that solutions must prioritize the voices of those most impacted and subjugated by the current system (Watts et al., 2003). We commit to continuing to amplify the voices, lives, experiences, and knowledge of people of color. This means  focusing on solutions that center the experiences of people of color, especially those who are Black, Indigenous, trans, non-binary, and queer. Community psychologists could collaborate with grassroots organizations to assist with running and analyzing focus groups, conducting surveys, and using other social sciences tools that can help act as a “social mirror” for communities, and could assist communities in advocating for changes in policy that address power disparities and ensuring that systems are in place to meet the basic needs (e.g., food, housing) of all people in a municipality (Martín-Baró, 1994). They could also distill the research on policing to local elected officials and to the general public through op-eds, if grassroots groups signal this as useful. Essentially, solutions need to put public safety back into the hands of the people who live in the area (Williams, 2008), with the understanding that many of these systems, such as child protective services, schools, and mental health services, are also embedded in white supremacy, and must therefore be transformed as well. Community psychology reminds us that working toward liberation of the most marginalized is how we will all achieve freedom, or the ability to live outside of systems of violence (Freire, 1970/1988; Owens, 2020; Watts et al., 2003; Wilkinson & Pickett, 2010).

For examples of promising transformative solutions, see the MPD 150 A People’s Project Evaluating Policing, CAHOOTS (https://whitebirdclinic.org/services/cahoots/), Durham Beyond Policing (https://durhambeyondpolicing.org/), Movement for Black Lives, and Violence Interrupters. In all of these cases, and consistent with community psychology, solutions move city resources out of policing and into public infrastructure and prevention programs.

Goff, P.A. (2020). What does it mean to dismantle a police department? Retrieved from https://www.msnbc.com/rachel-maddow/watch/what-does-it-mean-to-dismantle-a-police-department-84734533782

Harris, M. (2019). The black and the blue: A cop reveals the crimes, racism, and injustice in America’s law enforcement. New York: Hachette.

Hattery & Smith, (2017). Policing Black bodies: How Black lives are surveilled and how to work for change. Lanham, MD: Rowman & Littlefield.

Williams, B.N. (2008). From the outside looking in: The praxis dilemma of linking psychopolitical validity with community policing. Journal of Community Psychology, 36(2), 137-147.

The Society for Community Research and Action (SCRA) – Community Psychology, Division 27 of the American Psychological Association – is an organization devoted to advancing theory, research, and action for social justice. Our members serve many different disciplines committed to promoting health and empowerment and to preventing problems in communities, groups, and individuals. scra27.org