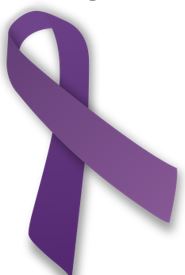 The intervention significantly reduces future violence from known domestic offenders.
────
Findings are widely relevant for those with a stake in reducing interpersonal violence within and beyond our nation.

A novel domestic violence offender treatment has been shown to significantly decrease both the number of instances and severity of subsequent intimate partner violence. Improvements to domestic violence intervention services cannot come too soon. An estimated 1 in 3 women and 1 in 4 men in the United States have experienced physical violence at the hands of an intimate partner.[1]

“Not only can [this treatment] reduce the incidence of new crimes, but it also reduces harm when new crimes do occur.”

Restorative Justice is a dialogue-based response to crime that aims to heal some of the emotional and spiritual damage from the crime. Restorative Justice has been used for a range of crimes, such as burglary and murder, and can include mediation, group conferencing, and/or sentencing circles involving offenders, victims, facilitators, and/or community members. In this study, restorative justice elements were combined with a traditional batterer intervention program into a new domestic violence offender treatment.

Restorative justice is a community-based response to crime. Facilitating dialogue between those who committed the crime and those the crime affected helps prepare both parties should they choose to coexist in the same community in the future.

Research and Evaluation: We build on existing findings indicating that restorative justice can be an effective response to a variety of crimes. There is potential for a new and improved response to domestic violence. Further research on this hybrid intervention is warranted.

Social Policy: Criminal justice system policymakers should be attuned to future research in this area and update court-mandated treatment policies to direct offenders to the most effective treatment programs available. Funds can be channeled to support the institution of such programs.