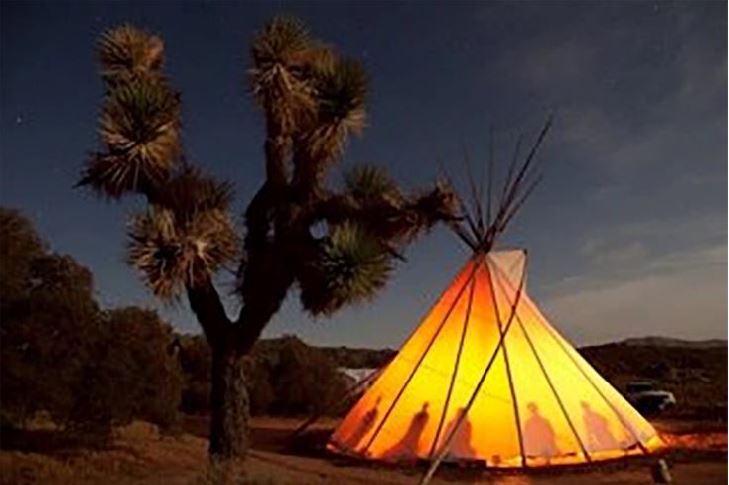 From author Robert Hayward’s book, The Thirteenth Step: Ancient Solutions to the Contemporary Problems of Alcoholism and Addiction using the Timeless Wisdom of The Native American Church Ceremony. Hayward described his peyote experiences as an alcoholic seeking recovery

In this interview, Kevin Franciotti introduces Psychedelics in Recovery (PIR), an addiction recovery mutual aid group where members use psychedelic substances as part of their recovery journeys. Often translated as ‘mind-manifesting’, the careful use of psychedelics can produce remarkably lucid experiences, offering insights ranging from the sensory-perceptual and the biographical to the spiritual and the mystical. As is often the case with the formation of new mutual aid groups, PIR challenges many assumptions, in this case about psychedelic drugs, about addiction and about recovery. Franciotti can be reached through www.kevin.franciotti.net

*All columns are available online, at http://www.scra27.org/publications/tcp/tcp-past-issues.

TN: What is the Psychedelics in Recovery group and how does it run?

KF: Psychedelics in Recovery (PIR) is a syncretic organization adapting elements of Twelve Step Fellowships (TSFs), most notably: Alcoholics Anonymous (AA), Narcotics Anonymous (NA), and Sex and Love Addicts Anonymous (SLAA), to attract members looking to incorporate the psychedelic experience as part of a spiritual program of ongoing recovery. The philosopher Alan Watts described the psychedelic experience as, “revelations of the secret workings of the brain, of the associative and patterning processes, the ordering systems which carry out all our sensing and thinking” (Watts, 2013). Watts saw value in using psychedelics to elicit such states that are for the psyche, “not an acquisitive process of learning more and more facts or greater and greater skills, but rather an unlearning of wrong habits and opinions.”

PIR holds online meetings twice a month, to allow new and established members separated in physical space to meet. Our membership is open only to those who identify as being in recovery from addiction. The format of PIR meetings resembles that of many other TSFs, typically centered around a rotating topic or open discussion. The meeting will open with a moment of silence, the group together recites the serenity prayer, then the chairperson reads our preamble (adapted from AA), and a working document of our group’s guiding principles. The main portion of the meeting then consists of individual sharing for everyone who wants to and ends after a prompt for anyone who feels their recovery may be in jeopardy and needs to share. The meeting then closes with the reading of an excerpt from the last page of Alcoholics Anonymous’ final chapter, “A Vision for You,” another moment of silence, and again reciting the serenity prayer together.

TN: What is the backdrop to the formation of PIR?

KF: Psychedelics have a long history of use as a treatment for addiction, and there has been a recent continuation in this line of clinical research. Bill Wilson, the co-founder of AA, was an early proponent of the potential for the LSD experience, as he underwent treatment for depression by psychedelic therapists in Canada. According to the book Distilled Spirits, Wilson’s insights under LSD influenced his writings on the concept of a higher power and the spiritual component the twelve steps were founded upon. Wilson tried unsuccessfully to petition AA to support the use of LSD for alcoholics, to offer a preview of sorts of what a spiritual awakening might look like for a “recovered drunk.”

The founding members of PIR recognized that there were very likely members across TSFs who have found personal benefit from using psychedelics, and presumably had to negotiate within themselves that psychedelic use did not conflict with their interpretation of sobriety/abstinence. Rather than based on recreational or even medicinal desire, they are seeking psychospiritual experiences to deepen their practice of incorporating twelve-step spiritual principles of recovery into daily living. Our group was established to acknowledge these practices, and to make available a more appropriate forum to share experience and seek/provide support than could be found in other TSFs.

TN: How did you come to be involved?

KF: My own motivation to help co-found PIR stemmed from successfully undergoing ibogaine treatment for opiate use disorder. Ibogaine is an alkaloid from the roots of the Tabernanthe iboga shrub found in western-Central Africa, discovered fortuitously by a heroin-addicted man named Howard Lotsof to significantly attenuate symptoms of opiate withdrawal. Ibogaine was later dubbed by researchers as an “addiction interrupter” (Alper and Bouso, 2012). After my ibogaine treatment, I began attending NA meetings and quickly found that when I mentioned ibogaine, it would garner responses that at best were of curiosity, but at worst – and more common – were unhelpful and annoying comments like, “Whoa sounds cool, I’d love to try that stuff!” These comments showed me that people couldn’t understand how my use of ibogaine was by no means recreational. It was clear that they didn’t view it the same way they’d refer to their own experiences receiving detox treatment. Compared to other kinds of diseases, no cancer patient (for example) would ever say to another, “Your radiation treatment sounded fun!”

TN: Can you give an example of how psychedelic experiences help in members’ recovery?

KF: Whenever one of our founding members went through a cycle of twelve-step work, he would have an MDMA or mushroom experience each time he finished the formal writing around a particular step. Consistently, his psychedelic experience would be highly relevant to the particular step he’d just worked. For example, when he completed Step Eight (“Made a list of all persons we had harmed and became willing to make amends to them all”), he had visions of several people he owed amends to, and the experience on mushrooms helped him become willing to make the direct amends suggested in Step Nine.

TN: What is PIR’s relationship to the Twelve Step programs?

KF: PIR follows the organizing principles of AA, known as the Twelve Traditions (especially Traditions One and Three), as well as the NA informational pamphlets, In Times of Illness and NA Groups & Medication, which set precedents for exceptions to “abstinence from all mood or mind-altering substances”. The SLAA program acknowledges that those who qualify for membership through a desire to stop living out a pattern of sex and love addiction, do not always struggle with substance use disorders. Therefore, the program suggests members work with a sponsor to identify different categories of bottom-line addictive behaviors, “self-defined activities which [members] refrain from in order to experience physical, mental, emotional, sexual and spiritual wholeness.” Bottom lines differentiate Destructive Behaviors, Addictive Patterns, Accessory Behaviors, and Healthy Behaviors, allowing for a dimensional perspective that departs from the (understandable) absolutism found in AA and NA.

These aspects of existing groups pave the way for our recognition of a role for the intentional use of psychedelics in the context of twelve step-based, spiritual recovery from addiction. We are developing guiding principles to clarify these nuances and put forth several additional ones. For example, that PIR fundamentally serves as a complementary recovery program, and therefore it is suggested that our members remain “active primary qualifiers” of another TSF, including maintaining relationships with a trusting sponsor and support network whom we can openly talk to about our involvement in PIR without fear of judgment or stigmatization.

TN: Is there a risk that psychedelics will be addictive, especially for those recovering from addiction?

KF: PIR absolutely recognizes the vulnerability of people prone to addiction engaging in any form of drug taking. However, according to surveys on drug use rates, psychedelics make up the smallest percentage of drugs people develop a dependency to. Psychedelics don’t exhibit any of the classic physiological withdrawal syndromes associated with other drugs, and the rapid tolerance they build, combined with the heavy psychological load of the experience itself, keep most people from repeating the experience again too quickly.

That said, I have met people for whom the experiential aspects of psychedelics do seem to compel a psychological dependence. In my view addiction is best understood as a learning disorder, and best defined as repeating a behavior despite mounting negative consequences. It is easy to see how psychedelics could theoretically contribute to this kind of process, but in practice it is rarely seen.

I experimented with psychedelics as a teenager and young adult, without any kind of mentorship, and I sought out the transcendent, mystical experiences typical of high doses. I was not interested in using psychedelics to develop the foundations of a grounded, disciplined approach to daily living. I suspect that this immaturity contributed to my eventual reliance on opiates, as a way of tempering the more manic tendencies I was experiencing from my grandiosely widening personality. Whereas prior to PIR my self-reliance on insights from psychedelic states bordered on self-delusion, through this fellowship I’ve found others I can identify with and have come to treat my experiences with reverence and integrity. Their potential to play a role in my recovery is not approached light-heartedly.

TN: What unanticipated challenges have emerged that reveal some of the trickier aspects of this work for you?

KF: One of our biggest challenges has been ensuring regular meeting attendance. PIR initially began in New York City as an in-person meeting among friends, but without enough turn-out, the cost of renting a room becomes untenable.

There have been some unexpected issues around public relations. There was a similar meeting prior to the formation of PIR, which used a Facebook group for publicity, but after one of the founders was stalked by someone who followed their Facebook activity, PIR chose to follow Tradition Eleven, “Our public relations policy is based on attraction, not promotion.” We now use email, word of mouth, and a private Google group.

Recently three PIR founding members decided to organize a public panel entitled “Psychedelics and the 12 Steps: Bill W. on Acid” at a pro-psychedelics venue in New York City. It was held before a capacity crowd, and during the Q&A several audience members sought advice about using psychedelics to end their addiction to drugs. This led us to attempt to firmly establish PIR not as a place for people looking to get off drugs (though no one seeking recovery would be turned away), but as a forum for people to have in addition to their primary recovery program.

TN: What’s next for PIR?

KF: As the development of psychedelics continue to grow, with indications for use in the treatment of a variety of substance use disorders, including for cocaine, alcohol and nicotine use disorders, we hope that PIR can contribute to a thriving recovery community, by offering an integrated mutual aid group for clinical trial participants, the future patients of legally-prescribed psychedelic treatments, and people aware of psychedelic applications looking to self-experiment. To work towards realizing this vision, PIR is looking to grow, beginning with developing informational literature, building a web page, and registering as a 501(c)(3).

Watts, A. (2013). The Joyous Cosmology: Adventures in the Chemistry of Consciousness. Novato, CA: New World Library.

Posted in: Mental Health, Self Help