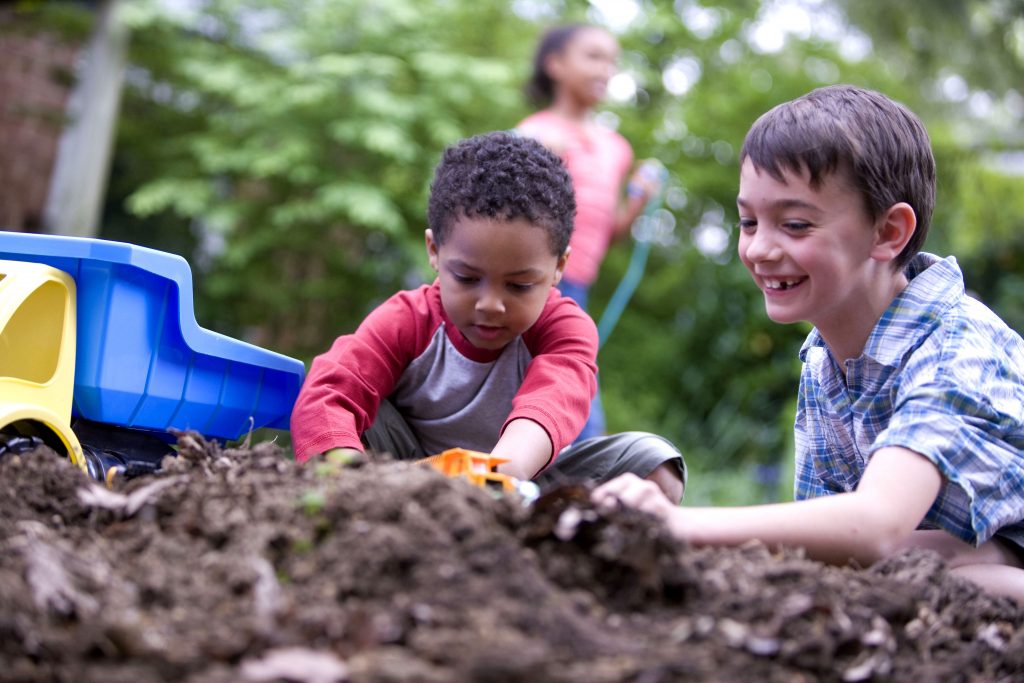 Research has shown the negative health impact of Adverse Childhood Experiences, or ACEs, which include experiences of abuse, household challenges, and neglect. [1] ACEs are common (more than 60% of adults have at least one ACE) and are associated with numerous poor physical and mental health outcomes and risky behaviors (such as substance use). [2] Furthermore, ACEs carry a great financial burden. One recent review estimated that ACEs generate costs of up to $581 billion annually related to lost productivity in the United States.[3] Finding ways to treat and prevent ACEs through collaboration between researchers, practitioners, and policymakers, is crucial for improving child health outcomes.

Some factors promote child wellbeing, such as low parenting stress, strong parent-child relationships, and school and neighborhood safety. However, we know less about how these factors interact with one another or function in the presence of ACEs. There is also less understanding of how ACEs occur in and impact more racially/ethnically diverse communities, given that the majority of large research studies to date have been with predominantly White populations.

The purpose of this study was to better understand what protective factors may mitigate the negative health impact of ACEs, and how these relationships occur similarly or differently for Black, White, and Latinx youth. In this study, we examined patterns of ACEs and family, school, and community-level protective factors, and how these patterns related to health in a nationally representative sample of youth (2011-2012 National Survey of Children’s Health). As expected, more ACEs were associated with worse health outcomes; but a number of protective factors (e.g. school engagement) also appeared to mitigate this risk. Racial and ethnic differences emerged as well— youth of color faced greater adversity and worse health outcomes compared to their white counterparts. Furthermore, racial/ethnic minority youth seemingly derived less benefit from certain protective factors (such as engagement in afterschool activities, parent well-being, and safe communities).

This study is framed by the Community Psychology perspective that youth are influenced by the many environments in which they exist (i.e., families, schools, communities, systems, and societies) in an interactive way. This framework allowed us to consider how these larger contexts contribute to risk and inequity (for example, structural racism, including educational and occupational marginalization and lack of neighborhood resources. It recognizes that ethnic minority youth are at greater risk of ACEs and poor health as well as resilience through the presence of protective factors across different environments.

This study was conducted with a nationally representative sample of youth ages 12-17 from across the U.S. that consisted of 3,780 Latinx, 3,190 Black, and 23,698 White kids. We identified certain patterns of ACEs (e.g. financial hardship, domestic violence, community violence, family addiction, and discrimination) and experiences of protective factors (e.g. family, school, and community contexts) for Black, White, and Latinx youth. Then we looked at how different combinations of these patterns of adversity and protective factors were related to health outcomes, while controlling for the impact of demographic variables.

Research and Evaluation: More work is needed to understand if and how underlying structural and cultural variables play a role in the differing impact of risk and protective factors across racially/ethnically diverse youth. Future research on ACEs and protective factors could include a focus on cultural values, norms, traditions, and acculturation, as well as systemic racism and discrimination.

Practice: Findings support efforts to reduce and treat adversity exposure through routine inquiry about ACEs and referral to appropriate treatment. There are numerous evidence-based interventions for trauma that have shown effectiveness (such as TF-CBT) across culturally diverse populations.

Results of this study also suggest that protective factors are just as important for understanding a child’s health prognosis as ACEs. So, in addition to screening for ACEs, why not screen for protective factors? Some that were indicated in this study as particularly important included low levels of caregiver stress, school engagement, involvement in service work, and school and neighborhood safety. In addition to potentially linking families to therapy for trauma; systemic level interventions can be used to increase access to protective factors for all youth, for example, community-based intervention to improve neighborhood safety, and increased opportunities for service and volunteer work for youth.

Exposure to ACEs occurs disproportionately among racial/ethnic minority youth, which likely contributes to existing health disparities. To focus on both improving child health AND reducing racial/ethnic health disparities, all intervention and prevention programs must be informed by knowledge of the additional barriers faced by racial/ethnic minority youth. In line with these priorities, all intervention and prevention efforts should be community-partnered, grounded in cultural competence and humility, and aligned with community values and priorities.

Social Action: Preventing and treating ACEs, and promoting protective factors, may be one path towards reducing existing health disparities. Using participatory and empowerment-based approaches (such as community-based participatory research) may be particularly impactful.