Introducing Alternatives to Suicide: An Interview with Caroline Mazel-Carlton about a New Approach to Crisis 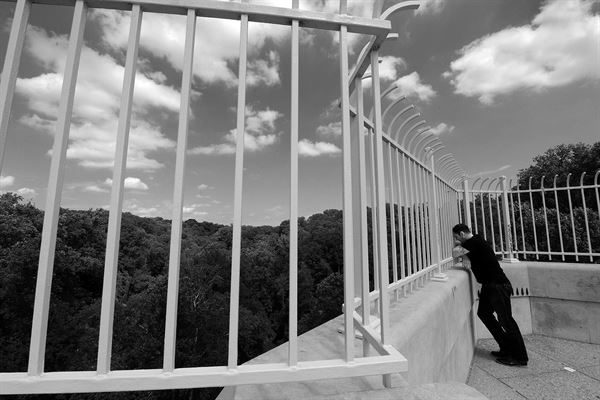 Suicide is a highly stigmatized topic that many people fear talking about openly (and hearing about). Often, suicidal people are afraid to share their feelings due to the possibility of being blamed, or the potential for coercive consequences such as involuntary commitment (references below). Mutual support groups can help provide a space where people can speak more freely about this topic.

This interview introduces Caroline Mazel-Carlton, Director of Training for the Western Massachusetts Recovery Learning Community. A major part of Mazel-Carlton’s role includes training groups in Alternatives to Suicide, a non-medical approach to suicide that promotes conversation and connection.

*All columns are available online, at https://www.scra27.org/publications/tcp/

Emily Cutler (EC): How would you describe Alternatives to Suicide?

Caroline Mazel-Carlton (CMC): Alternatives to Suicide” (Alt2Su) describes an approach to suicide that focuses on connection and relationship-building among those who are struggling. This approach was informed by “Alternatives to Suicide” peer support groups where people can share openly and authentically about their suicidal thoughts and feelings. Groups originated in the Western Mass Recovery Learning Community in 2009. They now meet throughout New England, as well as in Wisconsin, Canada, and Australia. Alt2Su is distinct from the current systemic paradigm of suicide prevention in a few key dimensions.

Firstly, Alt2Su is an alternative to risk assessment. Risk assessments move conversations about suicide in the direction of determining who will act on thoughts of suicide and how. Risk assessment questions include “Do you have a plan?” and “Do you have the means to carry out the plan”? In the Alt2Su approach, instead of focusing on predicting a person’s behavior, our dialogue focuses on why they are having thoughts of suicide. Suicide itself is not framed as the problem, but understood to be the solution of a whole host of issues, such as rape culture, war, austerity, transphobia, etc. Conversations expand from why to also why not, meaning dialogue will often explore the reasons that people have chosen to stay in this world.

Secondly, Alt2Su is an alternative to pathology. This de-medicalized approach looks beyond “chemical imbalance” or genetic explanations for suicide. Non-clinical, human experience language is used to explore the context of suicidal thoughts. For example, if someone says “I want to die because I feel worthless” instead of responding with “What pill are you taking for that?” we might ask “Did you receive this message that you are “worthless” from a person or experience in your life?” or “What makes a person worthy in your view?” or “Was there a time before you felt this way?” The conversation is about looking at what events in a person’s life or prevailing social messages might be driving their thoughts, rather than searching for an internal biological problem.

Finally, Alt2Su is an alternative to coercion and force. We let go of trying to control behavior in the moment to focus on having a conversation, allowing the person to be heard and to consider what might make life more livable. An example of the current suicide prevention paradigm would be to remove musical instruments from a psychiatric unit because someone might hang themselves with a guitar string. An Alt2Su approach would let go of extreme “risk management measures” and instead use music as tool, while focusing on having conversations (or singing songs) about the pain that makes life difficult.

EC: What is the format/structure of an Alternatives to Suicide meeting? What themes usually come up?

CMC: Alt2Su groups meet in non-clinical settings and are co-facilitated by two people who openly identify with having their own thoughts and experiences around suicide. It is our strong recommendation that at least one facilitator has spent time in the three-day Alt2Su training practicing holding space and unlearning some of the standard “suicide prevention” language and values. Most groups meet on a weekly basis.

Alt2Su groups focus on connection (relationship-building) and exploration (putting our suicidal thoughts in context and discerning our unique paths forward). They reclaim the notion of being able to name difficult themes/emotions and hold them in communal settings without the presence of someone acting in a clinical role. The “Alternatives to Suicide” group Charter is explicit that meetings are social groups and not medical treatment. Instead of a list of rules on the wall, groups are guided by shared values such as Respect and Self-Determination which each member of the community holds.

The topics that arise are incredibly diverse due to the non-medicalized nature of the discussion and the focus on exploring the many factors that relate to thoughts of suicide and what keeps people attached to life. There is much more laughter in groups than one might expect. Sometimes participants will note that a group did not talk much about suicide itself, but this is to be expected as usually more time is spent exploring the actual issues that drive people to want to end their lives. Although groups try to avoid “advice-giving”, unless it is specifically asked for, their conversational and social nature allows folks to respond to one another with validation or curiosity. Participants might reflect on how one person’s story touches them or what it might remind them about their own experience. Connection and dialogue are encouraged and not labeled as “cross-talk” as it might be in other settings.

“I haven’t talked about these feelings in months…”

EC: Why do you think it is important for people struggling with suicidality to have access to peer support?

CMC: Most clinical protocols do not actually allow for conversation on suicide at all. Agencies are locked into the risk assessment-hospitalization-risk assessment feedback loop. Since we now know that acute hospitalization only increases suicide rates, clearly, we need to have an alternative. Peer support is a way to avoid the standard clinical interventions that are often driven by fears of liability or loss of licensure. Ultimately, we are looking towards a future where clinicians are using an Alt2Su approach, but we understand that major paradigm shifts can be slow to happen in established contexts.

I sit with people who walk with and/or through thoughts of suicide every day. I will often ask them what they attribute to their survival. It is notable that they rarely name a clinical intervention. Most frequently, they attribute their life’s continuation to finding a particular mutual relationship to show up for (like a pet, child, friend) and then getting involved with a wider community of support outside of the traditional mental health system that gave them a greater sense of purpose, meaning and connectedness. Peer support and peer support communities are often named in these two factors. However, so are spiritual communities, punk bands, LGBT groups, activism, etc. that also provide mutual support and connection.

EC: How is Alternatives to Suicide different from other models of peer support (e.g. 12-step programs)?

CMC: The differences tend to vary based on the specific model of peer support. Alt2Su creates a container for the de-medicalized exploration of experiences with an emphasis on social justice. These values contrast from what is held in Depression and Bipolar Support Alliance (DBSA) or National Alliance on Mental Illness (NAMI) peer-to-peer spaces, for example, which maintain an underlying assumption of pathology. However, there are other models of peer support, such as Intentional Peer Support (IPS, based on the work of Sherry Mead), that operate within similar values of Alt2Su. At DBSA or NAMI, it would be common to hear general statements such as “We are like diabetics… we have an illness like any other” and have this be met with nods. However, in an Alt2Su or IPS space, if someone reports that they are feeling “manic,” for example, a facilitator would typically ask them what that means for them. They would be invited to share the experiences and feelings that fall under that label for them, whether it is anger, an extreme surge of spiritual energy, a desire to clean their house from top to bottom, etc. Meaningful connections are built by sharing our individual stories rather than by identifying a common diagnostic code in our medical charts.

In some settings where peer support is practiced, there can be a tendency to emphasize a “recovery narrative.” Times of struggle are centered in the past and peer supporters are now “recovering”, with the hope that one will not lapse. If the person in the peer role begins to struggle again, the expectation would be that they step away from their position. For instance, if someone in AA takes a drink, they would pick up a “white chip” to indicate starting over. However, in Alt2Su there is no expectation that the facilitators’ thoughts of suicide be in the past. Because the approach  emphasizes that thoughts of suicide are meaningful and often linked to external factors, it would be expected that they would arise again. Facilitators are encouraged to share about this in an open and authentic way to avoid perpetuating the trap of the “helper vs. helped” or “sick vs. well”. It has happened that even long-time group members might end up hospitalized again or attempt suicide. This is not looked at as a “failure” but an experience that can offer wisdom moving forward. The community welcomes them back and offers presence and compassion.

I have had people come to groups before and ask me, “So what is it, Caroline? What is the alternative to suicide?” The truth is that there are thousands of alternatives that arise in the spaces between us at any given moment. Alt2Su groups do not have specific “steps” to take, or a particular agenda or goal like symptom management. But we have found that attachment to life is often linked to a connection to a supportive community and that this type of community is more easily built when we can be open and authentic with one another about our experiences.

Posted in: Mental Health, Self Help