The Neighborhood Story Project: Keeping More Than Our Homes 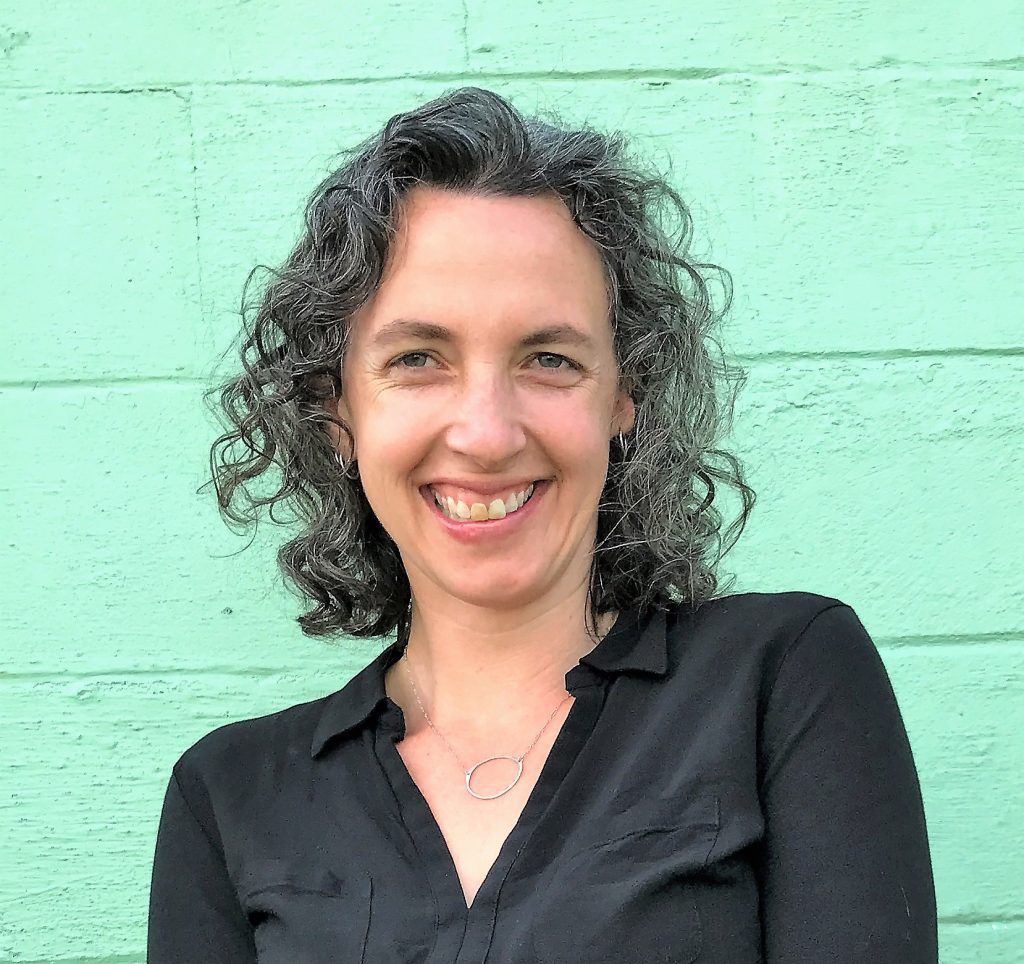 Gentrification–commonly understood as the transformation of areas with high levels of affordable housing into areas targeting middle and upper income uses— provokes a range of losses.

Gentrification–commonly understood as the transformation of areas with high levels of affordable housing into areas targeting middle and upper income uses— provokes a range of losses. People may lose their homes, neighbors, and sites of historical significance, along with their sense of place, belonging, and history. Yet, policy makers and community practitioners often restrict interventions in gentrifying neighborhoods to the material effects, such as trying to reduce displacement through the creation and preservation of affordable housing. While such responses are critical, they fail to recognize and address other harms residents may be experiencing concurrent with or independent from a loss of housing. This study explores the Neighborhood Story Project, a 3-month action research intervention engaging residents as researchers in their communities. Through a multicase constructivist study of the intervention in three gentrifying, Nashville neighborhoods, I find that participants deepened their place-knowledge and place-attachments, strengthened social ties, and developed an increased sense of agency to advocate on behalf of their community. Results suggest that interventions such as the Neighborhood Story Project can complement efforts to build and preserve affordable housing in important ways. Through creating a learning, caring, and empowering environment, The Neighborhood Story Project offers a practice model for fostering attachments to people and places, and facilitating collective action in gentrifying neighborhoods. This study also suggests the need to retheorize gentrification to better account for the more than material dimensions of neighborhoods, and for researchers to engage residents as theorizers and agents of change in their communities.

In June of 2013, my family and I packed up a life we loved in Missoula, Montana, and drove to Nashville, Tennessee so that I could begin doctoral study at Vanderbilt University. Trading hiking trails for highways, crisp mountain air for sweltering summer heat, a mountain-ridged horizon for a skyline dotted with cranes, the transition was stark and disjointing. Grieving the loss of a beloved place and cherished people I had willingly removed us from, I tried to get my bearings where we had landed. And as I rode my bike through my new neighborhood, attended community meetings, and talked to people about their city, I found that many Nashvillians were grieving the loss of a place and people too, only they hadn’t moved.

Nashville was changing, adding people and jobs at a record-setting pace. Entire  neighborhoods were rebranded and rebuilt to attract a wealthier, younger, and whiter market; boutiques and breweries steadily replaced corner stores. More times than I can count, people waved their hands desperately at the ever-encroaching new construction and asked, “who is this being built for?” And while many people laud the development for accelerating the economic engine of the city, others—particularly within communities of color— are suffering its consequences, from lost housing to severed social ties; disappearing place histories to dissolving political power.

I designed the Neighborhood Story Project to offer one vehicle for residents to give voice to their own experiences of neighborhood change. Throughout 2016, I worked with small groups of residents in three gentrifying Nashville neighborhoods. Meeting together over 12-weeks, participants in each group identified guiding research questions about their neighborhood, collected and analyzed data, and shared what they learned through culminating community-wide events (for a summary of the three projects, visit https://www.humanitiestennessee.org/programsgrants/core-program-overview/neighborhoodstoryproject/). One team, concerned about frayed social ties and lost neighborhood history, hosted an interactive arts exhibit featuring large format photographs and quotes from their neighbors alongside a ‘build your own’ neighborhood timeline. Another team, troubled by the way gentrification heightened the stigmatization of their neighborhood high school, created a feature length documentary film that drew on interviews with alumni and teachers from every decade of the school’s history. The third team, devastated by the displacement of their neighbors, created a set of organizing tools that included a video and report documenting the ‘state of emergency’ in their community, and a comic strip explaining how residents can get involved in zoning hearings.

The three neighborhood-based action research projects were nested within my dissertation study (Thurber, 2018). The data collected by residents in each neighborhood—oral histories with neighbors, archival photographs, and videos—was their own, the bulk of which the teams decided to archive in the Nashville Public Library. While residents were studying their neighborhoods, I studied our work together. I wanted to understand how participation in the project impacted residents, and what insights from this project might be beneficial to other communities grappling with similar social/spatial transformations. I analyzed recordings, transcripts and field notes from each of the team’s 12 weekly sessions as well as follow-up interviews and artifacts created along the way.

Findings from the study suggest the Neighborhood Story Project offers a practice model for building attachments to place and people, and mobilizing collective action in neighborhoods undergoing rapid demographic change (Thurber, in press). More broadly, the results underscore the need to reimagine the role of community practice beyond helping people find or keep housing, and expand the use of interventions that engage residents in place-making, public pedagogy, participatory research, and/or community organizing (Thurber & Christiano, in press). I also drew insights from this study to conceptualize a ‘more than material’ framework for theorizing gentrification (Thurber, 2017), which recognizes the constellation of losses residents may experience as neighborhoods gentrify, including, though not limited to, a loss of housing. Ultimately, I hope this emerging body of work assists those of us in social work, community psychology and related fields to better understand and more effectively engage in neighborhoods. But I also learned lessons in humility and reciprocity that are more difficult to parse into generalizable findings.

As the facilitator of the Neighborhood Story Project, I was frequently struck by how little the residents needed from me to achieve their goals: they did not need a facilitator to spark their curiosity or desire to affect change; most team members entered the project already invested in their neighborhoods and compelled to make a difference. Without a doubt, members highly valued being part of a facilitated process. The design of the project was accessible to people with varying skills and abilities, required a manageable investment of time, and provided the necessary scaffolding for each team to move from ideas to action.

Though all neighborhoods need facilitation to organize for change, not all need outside facilitators to do so.

But though all neighborhoods need facilitation to organize for change, not all need outside facilitators to do so. I was reminded of this one evening soon after the Neighborhood Story Project wrapped up, as I happened to tune my radio to The Moth—true stories told live—to hear Aaron Naparstek recount the story of honku https://themoth.org/stories/honku). After months of working from his home-office on the third floor of a Brooklyn apartment, Aaron lost his cool over the incessant  honking from the intersection below. Realizing the need to find a productive outlet for his increasing distress, he decided that every time he found himself agitated by honking, he would “sit down, take a deep breath, and observe the honking on Clinton Street.” As he explains, “and then I take those observations, and I start boiling them down into three-line, twelve-syllable, 5-7-5 haiku poems. And I call them honku.” His “honking therapy regimen” progressed to sneaking out at night to tape copies of honku to lampposts up and down Clinton Street.

On one such evening, he was greeted by a neighbor who excitedly referred to him as “the bard of Clinton Street.” She shared that her family loved his work, and that her daughters had started writing honku as well. Indeed, seeing other honku taped to lampposts, Aaron soon realized there were others with shared concerns, and he began organizing his neighbors. They made up letterhead for ‘the honku organization,’ sent letters to their city council leaders, and attended community meetings, where they called on elected to enforce the city’s no honking ordinance. Eventually, the police agreed to a three-week blitz enforcement of the rule. While there were some improvements, Aaron acknowledges, tongue in cheek, “the honku organization—I’ll just be honest with you—we did not accomplish our ultimate mission of ending hornhonking in New York City. Like, that battle is still there to be fought for someone else.” But the group did stay involved—with each other and with their neighborhood—and went on to make tangible improvements for pedestrians, cyclists, and transit users. “The real success,” as Aaron concludes, was that “instead of sort of being in our little bubbles of honk-anger, we started talking to each other, we were really trying to fix something. Clinton Street wasn’t just a street anymore; it was a neighborhood.” Honku had helped knit together a community.

Listening to Aaron’s story as I scrubbed my kitchen floor, I was struck by the similarities between his work and my own. Though the concerns on Clinton Street are a bit afield from those of the Neighborhood Story Project, both efforts brought people together to give and receive support, to build a collective understanding of their problems, and to organize for solutions. And yet, Clinton Street did not need a social worker, community psychologist, community organizer, or neighborhood association to facilitate their work together—they had the Bard of Clinton Street. As part of professional fields that often find themselves scrambling to legitimize their value, there’s something important about recognizing one’s own dispensability.

There certainly are neighborhoods in which outside facilitators can be helpful—neighborhoods that are full of people with creativity and frustrations and skills, though perhaps not the skill of facilitation.

But there certainly are neighborhoods in which outside facilitators can be helpful—neighborhoods that are full of people with creativity and frustrations and skills, though perhaps not the skill of facilitation.And these are important places for those of us working in community practice to engage. But Aaron’s story heightened my awareness of the reciprocal nature of these engagements. We are not only facilitating processes for the benefit of others, but knitting ourselves into the communities we call home. Indeed, just as the 28 participants of the Nashville Neighborhood Story Projects invested in one another and in their communities, they also invested in me. As they deepened their attachments to their neighborhoods, I too—through their place-stories, generosity, and care—came away more deeply connected to the place I lived and the people with whom I had the honor of working. It was not only participants who gained a sense of efficacy, but me as well, buoyed by our collective accomplishments and more hopeful than ever about the differences small groups of neighbors can make in one another’s lives and the life of their neighborhood. Grounded in my grief of a community left behind and guided by the wisdom of the community I formed through the Neighborhood Story Project, I left Nashville with a deeper understanding of the kind of scholar, practitioner, and importantly, neighbor, I hope to become.

Acknowledgements: The author gratefully acknowledges the members of the three Neighborhood Story Projects for contributions to this work.

Thurber, A. (in press). The Neighborhood Story Project: A practice model for fostering place attachments, social ties, and collective action. Journal of Prevention and Intervention. 49(1).