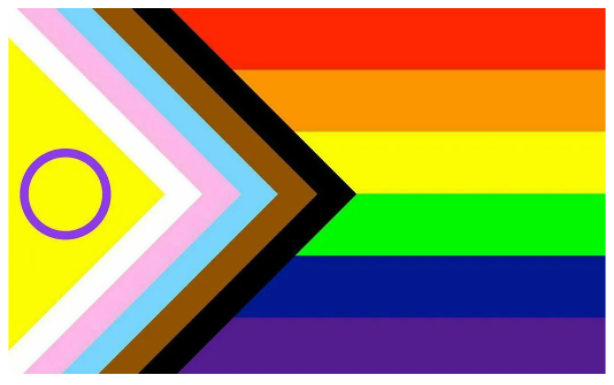 Youth exposed to a greater number of minority stress experiences are among those at highest risk for attempting suicide.
────
Disproportionate exposure among marginalized members of the LGBTQ community highlight the need for suicide prevention to prioritize those at greatest risk.

Some subgroups of LGBTQ youth — including those who are American Indian/Alaskan Native or transgender and nonbinary — are more likely to experience instances of minority stress related to their self-identity as lesbian, gay, bisexual, transgender, and/or queer (LGBTQ). Poor treatment from others can lead LGBTQ people to become more prone to mental health issues including suicide. The Minority Stress Model shows that negative experiences and stressors can add up. These stressors can mean that some LGBTQ people will attempt suicide at higher rates than their peers.

“Exposure to a greater number of LGBTQ‐related minority stress risk factors resulted in significantly greater odds of experiencing a past‐year suicide attempt among LGBTQ youth. This finding aligns with cumulative risk assumptions that the number of risk factors is more influential in predicting outcomes than any one particular risk factor alone.”

We examine the connection between four types of LGBTQ-based minority stress — physical harm, discrimination, housing instability, and attempts by parents to change their LGBTQ identity — with suicide risk among LGBTQ youth. Did additional minority stress-related risk factors lead to an increase in attempted suicide?

LGBTQ individuals face unique stress due to experiences of marginalization and victimization in their environment, which can also produce negative mental health outcomes. Rather than looking at risk factors for suicide at the individual level, such as negative thoughts and lack of coping skills, we look at risk factors in the community. LGBTQ youth are placed at higher risk because of how they are treated in their environment. These findings urge us to look beyond the individual and address the social, cultural, and systemic considerations needed to enact lasting, positive change for the health and well-being of our communities.

This study was conducted between December 2019 and March 2020 among nearly 40,000 LGBTQ youth ages 13-24 across the United States. Participants were surveyed about their LGBTQ identity as well as information about their race/ethnicity, and the four types of LGBTQ-based minority stress. Participants were also asked questions about suicide, including whether they had attempted suicide in the past year. This large sample size allowed us to examine groups of LGBTQ youth who may report the highest rates of minority stress including transgender and nonbinary youth and LGBTQ youth of color. Analyses were conducted to determine how each minority stress experience, as well as the total number of minority stress experiences, related to whether they had attempted suicide in the past year.

Research and Evaluation: Suicide risk among LGBTQ young people is cumulative; therefore, it is important that our models embody a cumulative approach.

Practice: LGBTQ‐affirming therapy alone will not be enough to end the public health crisis of suicide among LGBTQ youth. Minority stress must be addressed through policies and practices that support LGBTQ youth in their homes, their schools, and their community.

Social Action: The strong association of cumulative risk with attempted suicide and disproportionate exposure among marginalized members of the LGBTQ community highlight the need for social action related to dismantling LGBTQ stigma and racism in our society.