It’s a Beautiful Day in the Neighborhood-Which One? 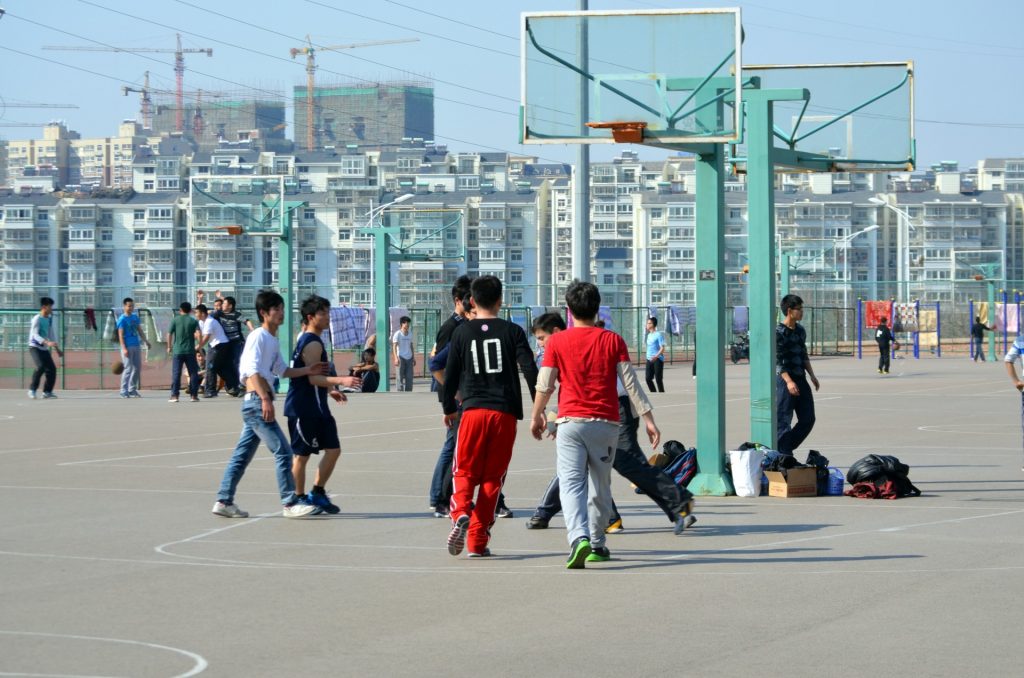 Youth may define their neighborhood differently than where they reside.
────
Youth may feel greater community engagement and ownership in the neighborhood that hosts their activities.
────
Interventions can more effectively target youth within their perceived community space.

“The current study demonstrates one approach to integrating Census data with several youth-reported measures: maps of their home neighborhoods and routine activity spaces, responses to surveys, and responses to open-ended questions about their perceptions of neighborhoods.”

Additionally, recent neighborhood research has found that objective neighborhood measurements (e.g., Census) often do not match resident self-reported perceptions of neighborhood factors. Mixed-method approaches have the potential to make connections between environmental characteristics and perceptions. Such research can improve neighborhood-based interventions by helping practitioners understand where participants feel ownership and belonging within their communities. Knowing how youth view programs as within or outside their home neighborhoods, including their willingness to travel to a program located within a particular neighborhood, can help engage youth and shape program outreach.

How Did a Community Psychology Perspective Inform your Work?

Integrating the perspectives of youth with Census data on their neighborhoods allows a more nuanced understanding of youth experiences of their communities. The finding that youth do not only spend time where they live, but that they often travel to other areas, expands the understanding of how neighborhoods influence individual outcomes. Community psychology interventions addressing neighborhood-level factors would likely engage more youth participants by focusing on where youth spend their time and not limiting interventions to where the youth live.

Youth living in low-income neighborhoods in a small city in the Midwest were recruited from community organizations to report on their neighborhood perceptions and daily activities. The majority reported spending time in multiple self-defined neighborhoods, noting significant differences between neighborhoods on the ability of neighbors to get along, and for neighbors to influence others’ behavior and solve problems. There were also significant differences on the informal rules of the neighborhoods, as well as other participant-generated dimensions. Self-defined neighborhoods did not correspond to Census tracts, and Census indicators were not associated with youth’s perceptions. Youth spent time in neighborhoods that differed significantly on multiple Census indicators of structural disadvantage, though youth tended to spend time in neighborhoods that were similar. For example, youth who lived in neighborhoods with a high poverty rate tended to spend time in other neighborhoods with a high poverty rate. Generally, the type of youth activity was largely not predictive of the distance that a youth was willing to travel to participate in it. However, some findings suggest youth were more likely to cross neighborhood boundaries to engage in structured activities (e.g., attend school, organized sports) compared to unstructured activities (e.g., spending time with a friend, pick-up basketball).

Fifty-five youth participants completed a survey, qualitative interview, and a diary for recording their routine activities. Participants also sketched locations on a paper map where they spent time and the paths that they travelled to get there. Sketch maps were coded into a geographic information system and interview responses were coded for themes. Census data were compared to survey responses to identify similarities and differences in neighborhood depictions.

Practice: Youth may not perceive their “home neighborhood” as the geographic location where they live. Youth may also spend a great deal of time outside of their home neighborhood. Practitioners may benefit from surveying youth on their perceptions of their community to better identify where youth feel ownership and where they would be willing to participate in neighborhood interventions.

Research and Evaluation: Results highlight the importance of using mixed methods in neighborhood research as opposed to relying solely on Census data. Mixed-method approaches may include spatial mapping and qualitative coding of interviews.

Leventhal, T., & Brooks-Gunn, J. (2000). The neighborhoods they live in: The effects of neighborhood residence on child and adolescent outcomes. Psychological Bulletin, 126, 309–337.