Hands Across the Hills 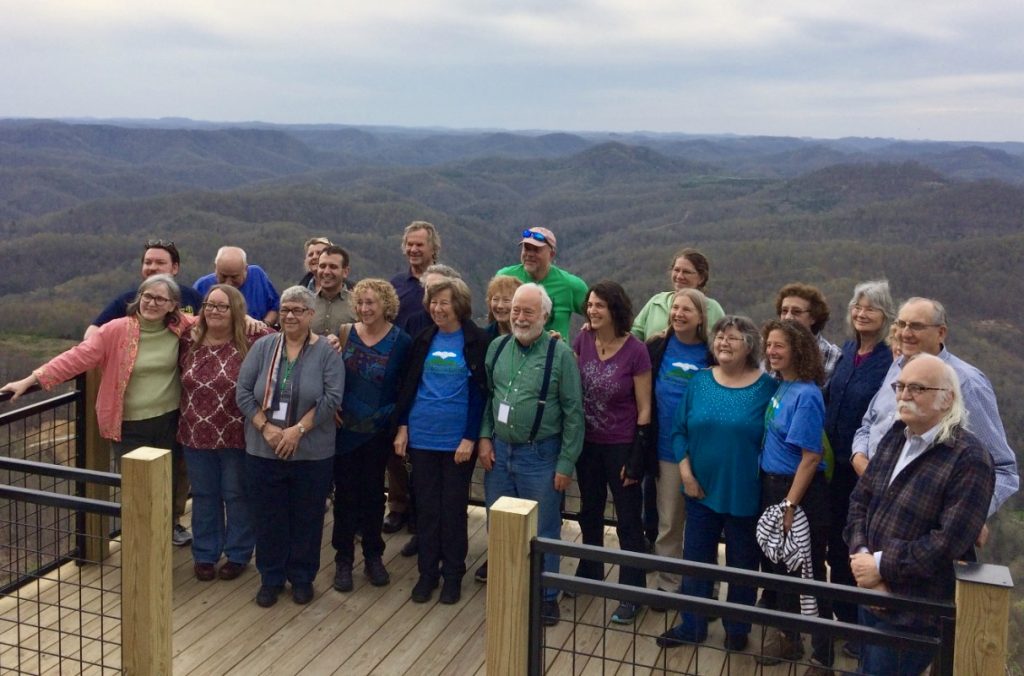 The United States feels divided by race, social class, and political ideologies.
────
Much of our understanding of each other comes from divisive news sources.

In the wake of the 2016 United States presidential election, Americans were awash in angry media and divisive partisian rhetoric, which suggested deep divisions. It struck at our core of what it means to be an American. We felt that we were being encouraged to see the “other” as different from ourselves and often as “evil” versus “good.”

Choosing to believe in the power of a face-to-face encounter rather than the dictates of media, two small groups from New England and Appalachia decided to make intentional connections and provide space for the sometimes uncomfortable conversations needed for true understanding. Aiming for a cultural exchange, political dialogue, and community, the Hands Across the Hills project aimed for a greater sense of understanding by striving for unity.

“During this intensive process of connecting, the other became people, and the people became friends.”

Letcher County is beautiful, hilly land situated in eastern Kentucky. As is much of Kentucky, Letcher County is socially and politically conservative. Leverett is a glacier town in western Massachusetts and is part of the Five College Pioneer Valley. Leverett is considered politically liberal; one participant describing the town as a “liberal bubble.” It is in this backdrop that folks from Leverett, Massachusetts, and Letcher County, Kentucky, gathered for a dialogue and cultural exchange first in Massachusetts (October 2017), and then in Kentucky (April 2018). The exchange grew out of the Leverett group’s desire to reach across the divide to a community that voted for President Trump in the 2016 U.S. presidential election to try to better understand different viewpoints.

The dialogue began with discussions of family backgrounds and history. By visiting, participants were able to see each other’s communities, government officials, houses of worship, and topography. The Leverett community came to understand the centralness and meaning of coal to the people of Letcher County. We also dialogued about gun control and gun rights, leading to a few conversations participants characterized as “knock down, drag out.” The Kentucky contingent began to understand the immigrant (and Holocaust) background of the Leverett families, a new perspective for some of the participants who had traveled very little outside of their immediate area. Conversation, particularly poignant around the election of Donald Trump as president, was expectedly heated. The slow process of identifying one’s own values, sharing those in ways that others can understand, and reflecting on those closely held assumptions was sensitively documented by David Rabinovitz in his two part series. You can watch the trailer, Part 1, and Part 2 on Vimeo.

Leverett, Massachusetts, is a town of 1,700. After the election, the Leverett Peace Commission, a long-standing community group, hosted a gathering for those with concerns. Forty people came to the library and the Leverett Alliance was born, focusing on protecting immigrants and creating sanctuary, building community, bridging political divides, and working for climate action. The work group on bridging divides looked for an exchange with a Trump-voting community and found one through the internet. Tom Wolff) served with community building experience, as did Paula Green, an internationally recognized dialogue expert.

In Letcher County, we linked to a group affiliated with Appalshop, a 50-year old film workshop and cultural exchange center. A new community organizer, Ben Fink, originally from the North, provided the impetus for the cultural exchange. Ben was joined by very smart and strong women and men in Kentucky who were willing to take a chance on a cultural exchange, despite a long history of being ridiculed and mocked by northern liberals.

Addressing a political and social divide falls into community psychology’s core mission of “enhancing well-being and promoting social justice for all people by fostering collaboration where there is division and empowerment where there is oppression.” It builds on much of the work done by community psychologists and others on coalition building, community development, and conflict resolution/dialogue.

This describes our community’s work to bridge the divide by promoting dialogue and community cultural exchange between a progressive town in Massachusetts and a conservative community in Letcher County, Kentucky.

On a fall weekend in Oct 2017 the two groups gathered in Leverett, Massachusetts, for three days of dialogue and cultural exchange, hoping to find more that unites us than divides us as communities and as a nation. The weekend involved three intense dialogue sessions in which we shared our family histories through art and dialogue. The exchange also included home stays with hosts, meeting town officials, a public reception at the elementary school that drew 300 others, dancing, singing, and touring.

What happened is best understood by looking at the various levels of effect:

At the personal level:

We developed greater and deeper understanding, appreciation, respect, and even love for each other. This came through the dialogues and living with each other in our homes and singing and dancing together.

At the community level:

Within Leverett: We built a strong sense of community with other Leverett Hands Across the Hills families. This led to the first ever Popup Pub in town and neighborhood gatherings, and now citizens are exploring Village Neighbors (Aging in Place).

In the broader local communities: The 300 neighbors who came to the school presentation and the hundreds that attend our follow up forums left with hope that the nation’s divides can be healed and overcome.

On the last night in Letcher County, the two communities decided to continue work on a wide variety of topics. We are exploring projects, addressing deserted economies, and supporting each other’s work (permaculture, nonprofits).

People often ask us in Massachusetts, “Well, did you convince any of them to change their vote for Trump?” And the answer is, as far as we know, no—and that was not our goal. What we did do both in Letcher County, Kentucky, and Leverett, Massachusetts, is to deeply increase our mutual understanding, appreciation, respect, sense of community, and most importantly, even hope and love.

What are the lessons for others? We are working to counter the message that we are divided and angry at each other. To that end, we have disseminated this story through the support of the Washington DC-based Pulitzer Center, which funded a local Massachusetts reporter to accompany us to Kentucky and write about his experience (see www.handsacrossthe hills.org stories by Richie Davis). Our group won an award from Washington, DC-based Alliance for Peacebuilding, the U.S. Peacebuilding Award of Excellence, for its work between residents of Leverett and Letcher County, Kentucky.

Written by: Tom Wolff and David Rabinovitz, with assistance from Ashley Simons-Rudolph

Terms of use: This work is licensed under a Creative Commons Attribution-Non-Commercial-NoDerivatives 4.0 International License  It is attributed to the authors and the original version can be found here https://www.communitypsychology.com/hands-across-the-hills/