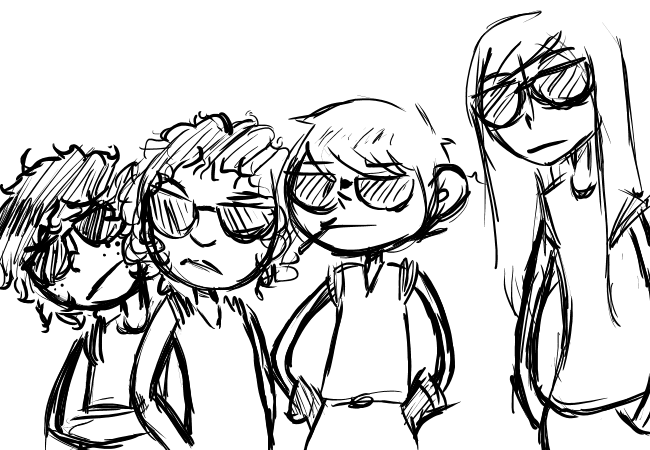 Close, emotional proximity to street gangs provide excitement that can become an addiction.
────
Marginalization breeds boredom in young people.
────
Boredom can result in the search for excitement which can be provided by “being bad”.

Gang involvement and risk-taking provides youth with excitement and escapism. This study explored why young people in marginalized communities disproportionately became involved in street gangs. Psychological issues triggered by marginalization and limited opportunity are highly associated with the choice to self-identify with a gang.

Boys and men are the most common gang members, but people across the gender spectrum are drawn to gang life. Previous research (Hesketh, 2018) found that young women vicariously derive excitement through the lives of young men instead of becoming involved in criminal risk-taking activity themselves. Excitement was derived from re-living common tropes like the idea that “every girl loves a ‘bad boy’”.

Countering the allure of risk-taking in young people involved in gangs can be complex. This is because very few young people will openly discuss their darkest temptations to researchers for fear of embarrassment and negative judgement. Katz (1988) has called this aspect the “black box” of Criminology. An addiction-like affiliation with gangs can have negative impacts on personality development.

Data was collected in Merseyside, England between 2015 and 2018 using a form of Biographical Narrative Interpretive Method. This approach uses a single question: “Tell me about your life?”. The participant provides a life story narrative while the interviewer takes notes. A second, “return to narrative” stage commences with the researcher asking about particular incidents the participant initially mentioned. These prompted data are called “Particular Incident Narratives”. The unique aspect of this approach is that data comes from the participant and is not shaped by an interviewer’s semi-structured interview questions.

Strauss and Corbin’s (1990) Grounded Theory Method was used for the analysis. The author coded the interview transcripts and developed core themes. Coding was conducted at three levels; open, axial, and selective coding. The core category/central phenomenon identified was how participants (non-gang members, ex-gang members and active gang members) managed marginalization. Coding was confirmed by an independent supervision team as part of intercoder reliability.

Within the sample of gang members, one of several strategies identified was edgework thrill-seeking behavior, or the allure and appeal of risk. From a Community Psychology perspective, this represents how factors rooted on a macro-structural level (poverty, social exclusion, no real social mobility) can trigger psychological reactions. Most of the participants spoke of such risk-taking behavior (elevated status from being “bad”, involvement in antisocial or criminal acts such as drug dealing, etc.) as a form of exciting escapism. For some, such behavior also represented a form of a dark criminal eroticism (sexual turn-on).

Within the sample of young women, a theme termed “vicarious edgework” (K.M. Corteen, personal communication, 11/12/2014) emerged. Some of the female participants interviewed had domestic responsibilities preventing active involvement in anti-social behavior or criminality with a street gang. Instead, young women became attracted to male gang members because of the excitement appeal, thus deriving psychological feelings of risky excitement vicariously. It was noted that such vicarious edgework can potentially exploit young women and increase the risk for interpersonal violence.