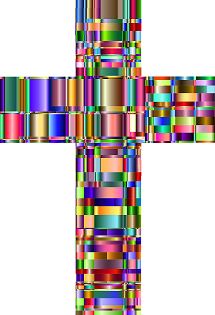 Sexual and gender minorities rights are being challenged at an alarming rate in the United States.

There is an association between Christian and political conservatism and opposition to sexual and gender minority rights.

Although significant strides have been made for sexual and gender minority (SGM) rights in the United States, there continues to be opposition to these rights from many conservative Christians and political conservatives. In our research, we wanted to understand reasons that help to explain why this opposition occurs. We focused on two variables related to a system of Christian power and privilege. We examined support for Christian hegemony (i.e., the idea that Christianity should be the norm and that Christians should be in power in the U.S.) and unawareness of Christian privilege.

“This study advances the understanding of how unawareness of Christian privilege and support for Christian hegemony help to explain the association between Christian and political conservatism and opposition to SGM [sexual and gender minority] rights.” p. 10.

Our guiding questions were, how does support for the idea that Christians should be in power help to explain why Chrisitan and political conservatives oppose SGM rights? How does a lack of awareness of Christian privilege help to explain this opposition?

In this study, we gave an online survey to heterosexual cisgender Christian (n = 688) and Areligious (atheists and agnostics, n = 327) students at a large Midwestern university who were taking an introductory psychology course. The survey questions asked students how strongly they support different types of sexual and gender minority rights (i.e., same-sex marriage, same-sex adoption, non-discrimination policies in jobs and housing for SGMs, and bills regarding transgender public bathroom use) along with questions focused on Christian conservatism and political conservatism. Another set of questions asked students how strongly they agreed that Christians were privileged in the U.S., and how strongly they agreed that Christians should be in power in the U.S.

Practice: In working with individuals or communities to garner support for SGM rights, it is important to understand how religious beliefs and beliefs about religious power contribute to support or opposition to SGM rights.

Social Action: We aim to increase awareness of these issues and to promote dialogue in support for SGM rights.

Policy Action: Our findings help to contextualize contemporary religious liberty legislative bills as another example of Christian power and privilege. Action is needed at local, state, and federal levels to ensure such bills adequately balance religious liberty without institutionalizing a Christian norm that legitimizes discrimination toward any group.