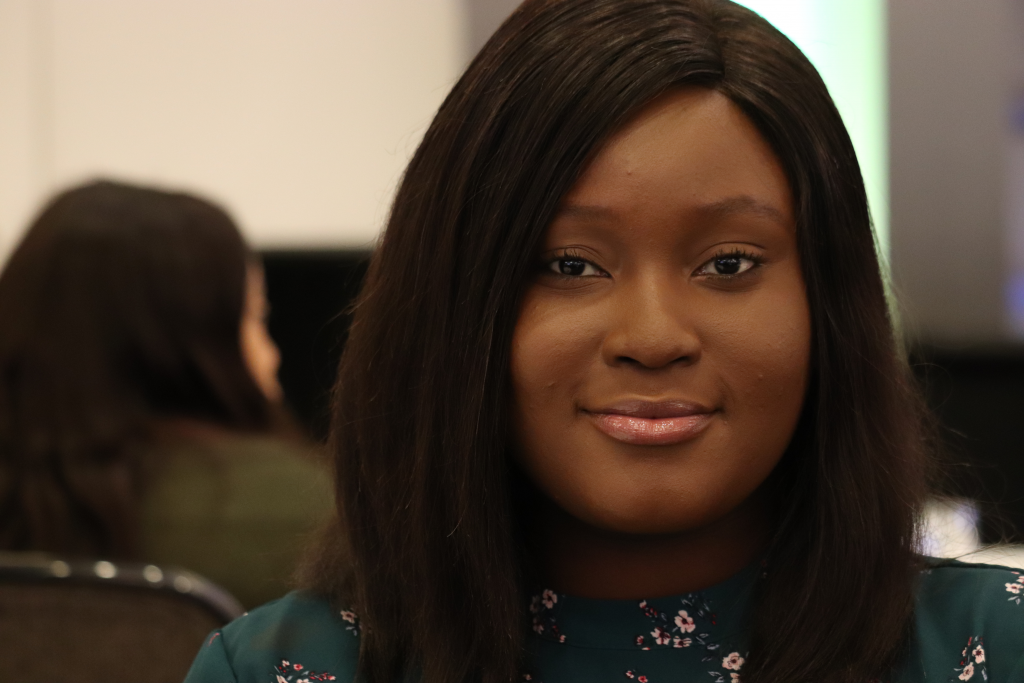 Photograph of Funmi Ayeni provided by the author

by Funmi Ayeni, edited by Joy Agner, Reposted with permission from The Community Psychologist

Literature Review
Sexual assault is a pervasive health problem in the United States (BJS, 2017). The detrimental effects of sexual assault are well documented and include adverse physical, psychological, emotional, and economic outcomes (Ullman, 2014). Survivors often require extensive support services to cope with the aftermath of their experiences (Zinzow et al., 2012). The problem of sexual assault has been documented among many racial, cultural, and ethnic groups, but is more prevalent among women of color (Bryant-Davis, Chung, & Tillman, 2009).

In particular, African American women are at a slightly higher risk for sexual victimization when compared to women of other races (Prather, Fuller, Marshall, & Jeffries, 2016). Despite the prevalence of sexual assault perpetrated against African American women, very little attention has been devoted to their experiences with sexual victimization in sexual violence research and literature (Tillman, Bryant-Davis, Smith, & Marks, 2010). African American survivors underutilize mainstream programs and services as these programs often do not provide culturally, ethnically, and racially appropriate services (Bent-Goodley, 2007). This underscores the need for research examining interventions that target the needs of women of color who have survived sexual assault, to see if these interventions are working successfully, and to assess what is most helpful to those survivors (West, 2014).

This study documented the value of a culturally specific, group-based intervention from the lens of survivors. Specifically, this study examined which culturally specific components of the intervention survivors identified as useful for their healing and recovery. The site for this research was a sexual assault agency, located in a mid-sized Midwestern city, which targets its services to the African American community. The agency offers a free 60-minute group-based intervention for sexual assault. The intervention was developed to create a safe space for African American female survivors of sexual assault who feel isolated in their experience and adopts a strengths-based approach that acknowledges the unique experiences of African Americans. Prior to data collection, the study protocol was approved by the Institutional Review Board (IRB) at Michigan State University.

Methods
This study utilized a phenomenological qualitative approach to explore the women’s experiences with a sexual assault intervention through an empowering mode of inquiry (Frey, Hans, & Cerel, 2016). Nine African American self-identified survivors of sexual assault over the age of 18 years were recruited to participate in a semi-structured interview about their experiences with the intervention. Data were analyzed using a six-step framework for thematic analysis (Braun &Clarke, 2006), and an undergraduate research assistant was recruited to assist with the analysis process. The process involved re-reading the transcripts, developing preliminary codes, coding the transcripts using NVivo, comparing codes to confirm ideas and modify divergent codes, and organizing the codes into broader themes and subthemes. Finally, member checks were completed with six participants to ensure accuracy of overall findings (Lincoln & Guba, 1986; Stake, 1995).

Results
All women identified components of the intervention that were culturally specific or culturally appropriate and described how these components were meaningful to them and instrumental in their healing process. These included:

Holistic Healing and Crafting Activities
All women engaged in one or more healing and crafting activities during the sessions that had cultural significance such as lighting of a candle and burning a sage. Additionally, all women engaged in one or more crafting activities such as drawing, coloring, painting, and making necklaces, keychains, and bracelets. The women identified these activities as a strength of the intervention because it helped them connect with their bodies and breath, feel comfortable and relaxed, and served as a medium of artistic expression of trauma. The benefits of art-based activities included in this intervention are in line with existing research on the use of art-based interventions with survivors of abuse as an approach to foster healing (Murray, Moore Spencer, & Crowe, 2017). For example, one participant expressed:

Emphasis on the Ancestry and History of African American Women
All women identified the opportunity to examine the intersection of their identities as women and Black in discussions at the group sessions as a strength of the intervention. The group discussions were centered on the historical and present-day realities of Black women. Participants were able to openly explore the connection of slavery to the present-day experiences of Black women with rape. The women described the opportunity to learn about their history as insightful, liberating and an essential part of their healing journey.

Opening and Closing Affirmations
All women discussed the opening and closing affirmations recited in a call and response format as a meaningful component of the intervention. Participants were familiar with the call and response format and likened it to their experiences in other spaces such as a church service. The affirmations were important for helping the women feel a sense of belonging, comfort, and validation in the group setting. Additionally, reciting the affirmations helped the women feel centered and maintain a positive mood. For example, one participant expressed:

“It helps me within myself and when I repeat [the affirmations], it seems like it brings relief inside of me. When I’m saying the affirmation, I’m able to relieve myself and it make me happy. It gives me a piece of joy in myself.”

Shared Racial Identity with Group Facilitators and Members
Most women (6 out of 9) indicated that the racial match with facilitators encouraged openness and honesty. Participants indicated being able to openly express their thoughts, feelings, and reactions because they believed that the shared commonalities in culture positioned the group facilitators as credible sources of help and allowed them to better understand participants’ lived experiences. Similarly, the racial match of women with other group members offered a sense of safety that allowed women to feel comfortable sharing their thoughts and feelings with individuals they believed were truly capable of understanding their lived experiences.
The incorporation of culturally specific elements such as racial match, and the emphasis on historical experiences of Black women in America is consistent with previous research on the benefits of incorporating these elements in programs and services to encourage help seeking and improve clients’ satisfaction (Harrison, 2014; Nicolaidis, 2013; Meyer & Zane, 2013).

Implications for Research, Policy, and Service Providers
This work highlights the value of utilizing culturally appropriate strategies to foster healing among African American female survivors. Future studies can conduct more robust evaluations of sexual assault programs for African American survivors by applying the methodology utilized in this study to conduct in-depth interviews with a larger sample of women or utilize other methodologies to investigate the value of available services for the target population. National, state, and local funding agencies should prioritize resource allocation and grant making in support of programs that utilize culturally specific or appropriate approaches. In addition, service providers should incorporate elements of these approaches into their practices to ensure that they are meeting the needs of diverse clients. This is particularly important for agencies serving communities of color. Service providers should also conduct process and outcome evaluations of programs and interventions to ensure the effectiveness of the intervention for the target population.

Author Information
If you have any questions or for more information on this study, please reach out to me via email at ayeniolu@msu.edu.

Acknowledgements
I am grateful to everyone who made this project a success. Many thanks to the executive director, group facilitators, and participants at the sexual assault agency for welcoming me into the space, sharing their truth, and trusting me to relay their experiences to the world. I am also grateful for the support of the SCRA Thesis Award which supported the purchase of research materials, data transcription, and allowed this project to offer compensation (gift cards) for participant’s time and effort.