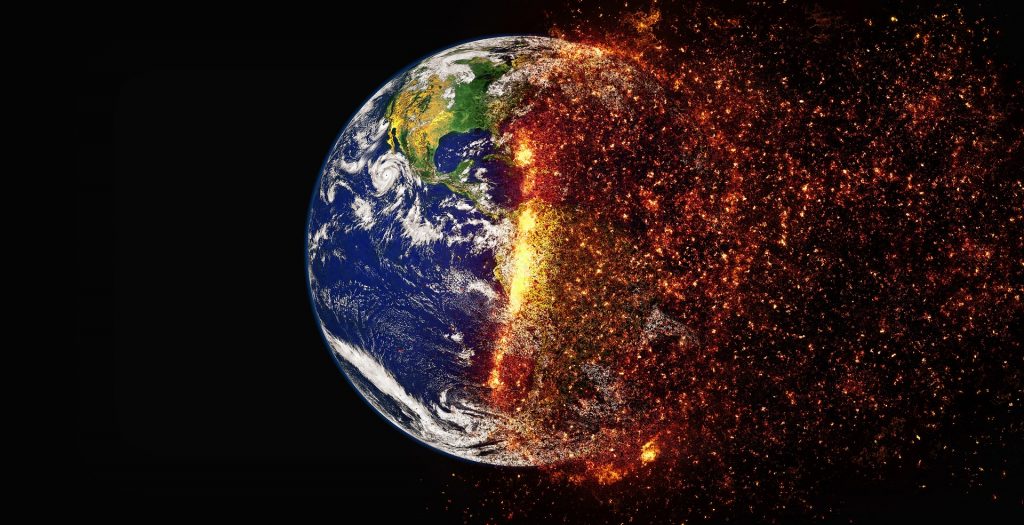 A Call to Action

Community Psychologists do not just solve social problems–they prevent them in the first place.

We care about all community members, social justice and environment.

Citizens–not politicians–are urgently needed and create the demand for renewable energy.  Will you join in the battle to help prevent climate change?

In Part I: Community Psychology and the Resist Movement (Corbett, 2017, a), I made the case that there is a moral obligation to resist our elected leaders when they make decisions clearly contrary to the public health and welfare (p. 17). The specific case cited was President Trump’s withdrawal of the U.S. from the United Nations Paris Agreement on Climate Change. In Part I I concluded that Community Psychologists and all citizens concerned about climate change are obligated to push to implement the Paris Agreement (p. 18). Part II puts Part I into practice by issuing a “Call to Action” which lays out a specific path to practically implement the Paris Agreement by applying various “core competencies”.

On October 5, 2016, the United Nations Paris Agreement on Climate Change was approved by the majority of nations bringing the agreement into effect on November 4, 2016 (UN Secretary General 2016). According to the UN Secretary General (UNSG) climate impacts are devastating lives, livelihoods, and prospects for a better future (p. 1). He urges all governments and sectors of society to fully implement the Paris Agreement by taking urgent action to reduce greenhouse gas emissions, strengthen climate resilience, and support the most vulnerable in adapting to climate impacts (p. 2).

Given global consensus on grave impacts and urgency to act, the time is now for all concerned with climate change to empower citizen action and participation at state, region, and community levels to implement the Paris Agreement and reduce greenhouse gas emissions.

The global field of Community Psychology (CP) is strongly committed to research and social action, promoting health and empowerment and preventing problems at all levels. Core values of Community Psychologists (CPs) often include: a concern for all members of communities, particularly including for harmful environmental conditions, as well as a strong commitment to prevention, empowerment and citizen participation (Heller et al. 1984).

The interest of Community Psychologists in preventing climate change is longstanding.  To illustrate, it was the subject of a Special Section of the American Journal of Community Psychology (see volume, 47, June 2011, pages 349-426). One key conclusion of this special section was that it will take practitioners, researchers and activists to join together to address global climate change (p. 352).  The Special Section urged the field to break its silence and find solutions “to the biggest crisis humans have ever faced”, declaring the Special Section as a “call to action” (p. 352).

The essential role of Community Psychology practitioners is increasingly apparent with the consensus achieved and issuance of “core competencies” as described in Dalton and Wolfe’s column (2012).  Those core competencies help provide a detailed roadmap for practitioners, researchers and activists to intervene successfully in communities. Secondly, the value of the core competencies is well described in two Special Issues of the Global Journal of Community Psychology Practice, Volume 7(4), Dec. 2016 and Volume 8(1), March 2017.

As applied to the global crisis of the earth’s warming, the application of the community psychology core practice competencies becomes critical to unblocking the critical path to prevent climate change. That is, certain core competencies have been identified as enabling citizen participation in reducing greenhouse gas emissions (Corbett 2017, b). Specifically, the following core competencies described in Dalton and Wolfe’s column (2012) are identified as playing an essential role in preventing and mitigating the harmful impacts of climate change: Empowerment (#2), Prevention and Health Promotion (#7), Public Policy Analysis, Development & Advocacy (# 15), and Community Education, Information, Dissemination & Building Awareness (# 16).  Many roles exist for practitioners, researchers and citizens to help prevent climate change (Corbett 2017, b).

Multiple peer-reviewed studies published in scientific journals assert 97% (or more) of actively publishing climate scientists agree climate warming trends are “extremely likely” due to human activities (NASA 2017). The report goes on to cite excerpts from supporting statements from 18 scientific institutions (p. 2-9) providing clear scientific consensus the earth is warming. The American Psychological Association noted this scientific consensus was earlier (APA Resolution, 2011), with global climate change analyzed in detail (APA Report 2009) and identified as one of the greatest challenges facing humanity in this century (Swim et al. 2011). While the vast majority of nations globally have reached consensus, the Paris Agreement opponents are Nicaragua, Syria, and the U.S. (Rucker & Johnson 2017).  Clearly, consensus exists among scientists and nations that climate change results from human behavior or activity.

Given the UNSG’s conclusions, action is immediately needed by all those concerned about climate change. Yet on June 1, 2017 President Trump announced U.S. withdrawal from the Paris Agreement (Viscidi 2017), which only increases the urgency for action. Ironically, the U.S. is the leading emitter of carbon emissions on a per-capita basis (Kortenhorst 2017) and imposes serious burdens on the poor (McKibben 2007). The U.S. withdrawal gravely jeopardizes the global progress in fighting carbon emissions achieved in the Paris Agreement.

Fortunately, the pursuit of more renewable energy to cut carbon emissions is often driven by state and local policies, practices, and incentives where the opportunity for citizen participation and demand for renewable energy largely resides. Urgent action is needed where opportunities are greatest: at state and local levels, where grassroots advocacy is critical for substantial progress to occur. Specifically, this requires policy intervention at the local level, education of local policymakers including on needs of low income customers and education of citizens on their rights and opportunities to expand, or choose existing renewable energy options.

Concerted citizen action can advance implementation of the UN Paris Agreement. The UNSG recommends all governments and all sectors of society urgently act to cut greenhouse gas emissions, strengthen climate resistance and support the most vulnerable in adapting to climate change. Given Community Psychology’s values, all bachelor, master and doctoral level CPs are well positioned to intervene at the state, region, and local community levels, including towns, cities and villages. Community Psychologists are well suited to play various roles that include providing policy consultation; and promoting and empowering citizen participation in renewable energy decision making through education and advocacy, with particular attention to the needs of low income citizens and those most deeply impacted by climate change.

The urgent need for intervention is due to the profound shift from historic regulated monopoly service where government decision making largely excluded residential customers from participation and decision making, to a relatively unregulated regime where customers can exercise renewable energy decision making. That is, many customers, depending on jurisdiction, can arrange their own renewable source of energy– which often requires they understand costs and rates, sign contracts and apply for rebates such as federal, state and local tax incentives, if they are to protect their own financial interests. Intervention must also include advocacy on behalf of low income customers to ensure that they are provided understandable and affordable opportunities so they also may participate in renewable energy decision making.

The profound implications of climate change present a grave global crisis that justifies urgent action by all Community Psychologists, organizations, and citizens concerned about climate change. The United States’ apparent abrogation of its obligations under the Paris Agreement exacerbates the crisis and increases the urgency for action.

Consistent with Community Psychology’s values and core competencies, all those concerned about climate change are needed to intervene at the grassroots level, with an emphasis on prevention, to reduce carbon emissions through policy intervention at state/regional levels, as well as local levels (towns, cities, villages). Such interventions include promoting citizen participation by all community members through advocacy, education, and empowerment, with emphasis on low income and the most vulnerable citizens adversely impacted by climate change.

There is an urgent need for “boots on the ground” — Community Psychology practitioners and researchers, as well as citizens have critical roles to play. Such roles include advising and intervening at the state and local level; drafting model policies where they are lacking at the local level; researching best practice policies from model jurisdictions; educating policy makers and citizens through Letters to the Editor and Op-Eds; and modeling renewable energy choice yourself. A list of specific roles, policy interventions, Letter to Editor and Op-Ed examples, and local renewable energy policy, with reference to case studies of four states’ low-income programs is contained in Corbett (2017, b) and provides a valuable starting point for all who are concerned about climate change–and willing to intervene to prevent, or mitigate, the grave environmental consequences of human imposed climate change.

Christopher Corbett, MA Community Psychology, is a former government regulator employed in the regulation of N.Y. State’s gas and electric utilities and author of “Accountability and Ethics in Nonprofit Organizations”, Global Encyclopedia of Public Administration, Public Policy and Governance (2018, Springer International Publishing).  You can read another post by Chris, Action or Inaction in the Wake of Parkland Florida Tragedy?  Preventing Gun Violence through Model Legislation.

This is an advance copy of a forthcoming article in the The Community Psychologist.

Kortenhorst, J. (2017). “Statement on U.S. Withdrawal from the Paris Agreement”. Rocky Mountain Institute’s response to President Trump’s decision to pull the United States out of the Paris Climate Agreement.  Accessed from www.rmi.org.

UN Secretary General (2016, October 5). Statement by the Secretary-General on the Paris Agreement on Climate Change. Accessed from: https.unmi/.unmissions.org/statement-secretary-general-paris-agreement-climate-change.