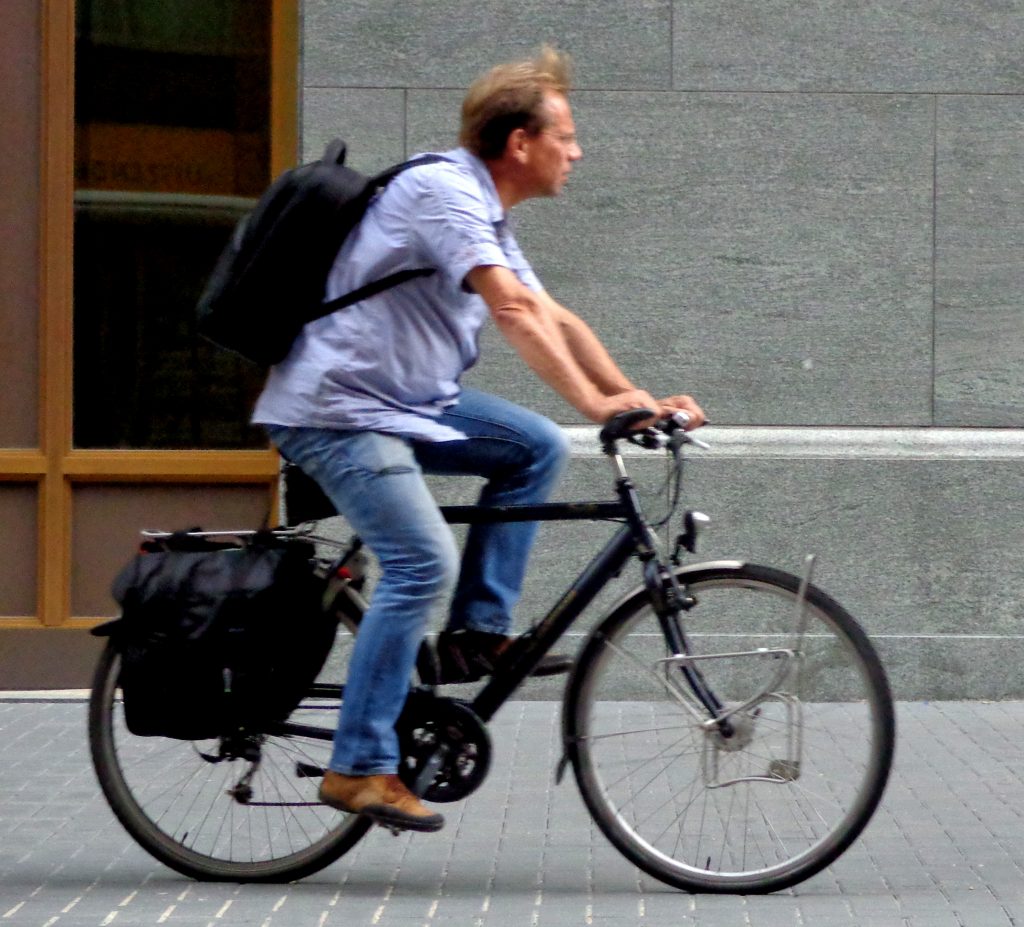 “Enough evidence has accumulated to make it difficult to refute the need to redesign U.S. cities to become more walkable and bikeable. Yet, the question is whether the familiar white stripes of bike lanes will continue to serve as markers of wealth, serving only a few.”

Most bicycle commuters in the U.S. do so out of economic necessity.

New bicycle infrastructure is closely related to gentrification, leaving behind low-income riders who often have the most dangerous commutes.

We must carefully consider urban sustainability measures and account for who most uses sustainable transportation.

The urgency of climate change makes reconsidering and redesigning everyday urban life all the more critical. Cities across the U.S. are already drawing up plans to reduce our dependency on cars and promoting alternate modes of transportation like bicycling.  Yet, if we are not careful, promoting bicycling infrastructure—from bike lanes to bike paths to bike shares—may create new divides between those who have access to sustainable transportation and those who do not. Through my work, I draw out the issues of equal access and public health that we should take into account to ensure that the transition toward sustainability does not leave out poorer neighborhoods and lower-income people.

Over the past decade, bicycling has enjoyed a tremendous rise in popularity as a mode of transportation to and from work and school. Cities across the U.S. have begun to think more seriously about how to develop infrastructure that supports safe and low-stress bicycling as a mode of commuting, expanding bike lanes and bike paths, and creating new bike-share programs. These new developments are often talked about as positive changes, helping us transition to more sustainable and active cities.

However, there are also social justice issues around equality and access at stake in the rise of this bicycling tide. Indeed, the majority of bicycle commuters in the U.S. are lower income and ride their bikes not out of choice, but out of necessity. Bicycling is one of the cheapest forms of transportation. Yet, lower-income bike commuters are the least likely to have access to bicycling infrastructure and often have the most dangerous commutes. The research in this article brings these issues of unequal access to light, focusing on their consequences for individual and neighborhood health.

On how a community psychology perspective informed the project

Using a community psychology perspective helped me draw out the ways in which access to bicycling is linked with issues of broader social justice and public health. I was able to consider the multiple implications of my work not just for individual cyclists, but also for neighborhoods and cities, and think through how solutions could be implemented at the level of policy, as well as at the grassroots level, through community engagement and participation.

The data for this research was gathered through two primary means. First, we interviewed advocates of bicycling. Second, we observed meetings and conferences for bicycling advocates, as well as neighborhood meetings in which community members and politicians discussed how to make parts of Los Angeles more livable and walkable.

Research and Evaluation: Evaluation of programs promoting active transportation should take into account whether new pedestrian and bicycling infrastructure is improving neighborhood access and livability for all residents. It should also account for the important issues of unequal policing of cyclists and unclear bicycling laws, which are making bicycle use less safe for those who most depend on their bicycles as a mode of commuting.

Public Policy: We must advocate for measures that both protect affordable housing and promote neighborhoods that are less car dependent and more livable. We should remain watchful of equal access to bicycling infrastructure and to the dangers of bicycling when infrastructure is inadequate or poorly implemented. These findings are important for urban planners and policy-makers who must consider equal access and neighborhood division in their consideration of sustainability initiatives.